I have acquaintances who own a small business called ConnectNC.  I am sure they don’t appreciate the nomenclature attached to the latest attempt by The Raleigh cartel to lighten our wallets. 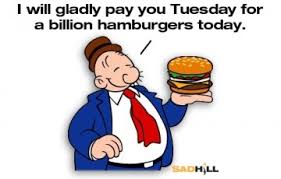 That gas tax money was SUPPOSED to pay for road improvements and other related construction.  Yet, the folks in the Charlotte and Raleigh areas are being forced to pay tolls for the privilege of driving to work so they can make money to pay the government even more taxes, an

d go shopping to pay sales taxes to the government.

ConnectNC was originally dreamed up to pay for road construction.  But the,um, “honorables” on Jones Street got their cloven hooves on it and turned it into a big fat pork sandwich.     In the proposed bond package, millions are being tossed about like candy at a parade to community colleges from Murphy to Manteo to build more buildings — despite the fact that enrollment is way down on campuses across the state.

The Fayetteville City Council was, um, “nice” enough to take us off the hook for  a new $5 million aquarium and $28 million “multipurpose facility in the city. But they ARE going to make sure we shell out $35 million for: astroturf for local high school football fields, a bunch of “senior centers,” a “tennis center”, some “aquatic centers”, “splash pads”, and a skateboard park.

ConnectNC bond supporters are already lying about how this won’t produce new taxes or tax increases.  Taxes went up with the 2002 “higher education bond” package approved by voters.  They WILL this time, too.

When politicians don’t have the guts to straight-up appropriate funds for their pork, they take the easy way out and hit us with a deceptively-packaged bond issue pitch.  When you vote FOR a bond issue, you are granting the government permission to borrow more money.  Government is borrowing money because — most likely — they don’t have enough in the budget set aside for their priorities.  That money WILL have to be paid back.  And where does government obtain its income?  From US.  Through taxes, fees, and other forms of goodness.