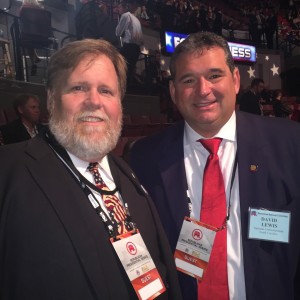 rewarded by Woodhouse and Lewis with tickets to last night’s presidential debate in South Carolina.  Professor Limbaugh, of the EIB Institute, has gone one step further in exposing what was really going on there:

The North Carolina GOP bused a bunch of people down there and their express purpose was to try to show that there is no massive support for Trump.  They wanted to do some damage.  They are grudgingly accepting Ted Cruz now.  But can you go back just maybe three, four weeks? How many of you remember the Republican establishment embracing Ted Cruz, promoting Ted Cruz, thinking Ted Cruz would be the solution? I mean, it didn’t happen, did it?  But it has worked out that way. […] 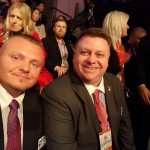 Yep.  The same imbeciles who were chanting “Da-vid! Da-vid! Da-vid!” last weekend were down there in South Carolina booing Donald Trump.  It’s pretty clear that all of these people are joining their fearless leader Jason “$19,000” Saine on Team Rubio.

It’s also looking more and more clear that some variation of Trump and Cruz would make a devastatingly effective top-of-the-ticket for the GOP in 2016.

Sources tell me that Dallas The Boy Wonder is burning up the phone lines this afternoon trying to find out WHO exactly leaked to Rush.  Just like I’ve told Tim Moore, et. al:  If you don’t behave like weasels, you really don’t have to worry about leaks.

39 thoughts on “#ncpol: Rush busts NCGOPers for efforts to sabotage Trump at debate”