There have been quite a few races in recent years where I wish I had that choice on the ballot. But, according to the recently released sample ballots for May,

we will have that choice for the GOP presidential primary.

What gives, you ask?  Why are we suddenly doing this in the presidential race, and not offering it in all others?

Put this development together with the fact that — for the first time in aeons — North Carolina will not be a winner-take-all state in the GOP presidential race. Delegates will be handed out on a proportional basis based on the percentage of the vote you get.  Soooooooooooo — “No Preference” could likely end up with delegates.

And what happens to the delegates for “No Preference”?  A lot of supposed election authorities I spoke with really weren’t sure.  One attorney I found — who knows a little something about election law — told me: “Those would likely kick back to the party leadership to allocate as they see fit.”

So — if you vote “No Preference,” you are basically allowing David Lewis and Dallas Woodhouse to make your choice for you at the national convention

.  And right now, that choice looks like it will be Marco Rubio.

It looks like there are 16 or so states, including NC, that allocate delegates purely on a proportional basis.  If “No preference” collects, say, TWO delegates per each of those states, the GOPe has a nice bundle of delegates to play with at convention time.

What’s the backstory on all this? Ralph Hallow, the long-time political scribe at The Washington Times, has it figured out:

Donald Trump is on track to storm into July just shy of the majority of delegates needed to win the Republican Party’s presidential nomination, rolling into the national convention in Cleveland slightly ahead of Sen. Ted Cruz, according to a state-by-state analysis by The Washington Times.

That would set off a feverish scramble with Mr. Trump trying to seduce some 150 or more delegates away from his competitors. The billionaire businessman would have to pull off a series of artful deals — wielding the accouterments of his wealth and promises of plumb jobs to delegates’ relatives — that would be the envy of Warren Buffett and Mark Cuban.

Establishment Republican leaders already are working to deny Mr. Trump the nomination. Their operatives are quietly recruiting prospective delegates to commit to voting for someone other than Mr. Trump or Mr. Cruz if the nomination goes to a second ballot July 18.

Delegates elected, thanks to “No Preference” votes, make that a LOT easier. MORE:

But the establishment may have outsmarted itself when it rewrote its rules in 2012, requiring that no candidate can be nominated unless he or she wins a m

ajority of permanently seated delegates from eight states. The old rule was a plurality of five states.

According to The Washington Times’ analysis, only Mr. Trump and Mr. Cruz would come close to qualifying. Long before the Trump-Cruz phenomena, grass-roots activists on the Republican Party’s national governing body were fighting to restore the old rule.

A Republican convention where the nominee doesn’t win on the first ballot hasn’t happened since Tom Dewey prevailed on the third ballot in 1948.

The 12-candidate Republican field has Mr. Trump, Mr. Cruz and Sen. Marco Rubio as three top contenders in state and national polls and likely to grab enough delegates to deny anyone a majority going into the convention. But one of them could win in the course of a brokered convention. Fearing a Trump or Cruz nomination, Republican leaders and big donors are making preparations in case nobody wins a 1,237-delegate majority by the time the convention opens.

Republican operatives are hoping to offer Mr. Rubio or former Florida Gov. Jeb Bush as alternatives if the voting goes to a second ballot, with New Jersey Gov. Chris Christie or even House Speaker Paul D. Ryan as fallback options. Mr. Ryan, by tradition, will be the convention chairman and therefore highly visible.

States holding contests from Feb. 1 through March 14 must award delegates proportionally, meaning second-, third- and even fifth-place candidates can wind up with at least some delegates.

In the Washington Times model for Iowa, which kicks off voting with its Feb. 1 caucuses, Mr. Cruz would get 10 delegates, Mr. Trump 8, Mr. Rubio4, retired neurosurgeon Ben Carson 2, and Mr. Bush 1, with the remaining five delegates divided among various candidates.

All but 10 of the 56 states and territories award delegates on some kind of proportional model.

States that hold contests after March 15 can award all delegates to the one top vote-getter in a primary or caucus or to award three delegates to the winner in each of the state’s congressional districts or in proportion to the total vote.

But only 10 states and territories actually award all their delegates to the highest vote-getter. These are the Virgin Islands, Florida, Northern Marianas, Ohio, Arizona, Delaware, Nebraska, Montana, New Jersey and South Dakota.

Six other states that hold contests from March 15 through June 7, when the last primaries take place, can award delegates proportionally even though they are usually mislabeled “winner takes all.”

California, which votes June 7, is a good example. Its haul of 172 delegates is spread across 54 elections on Primary Day. Three delegates are awarded to t 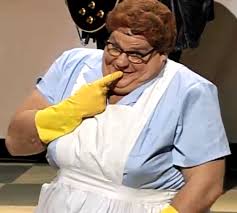 A conservative candidate still active in the race by June 7 could pick up a few delegates on the cheap in generally moderate California by campaigning in only its most conservative congressional districts. In The Washington Times analysis, Mr. Trump would be awarded 82 of California’s delegates, Mr. Rubio 45, Mr. Cruz 35 and Mr. Carson seven, as things stand.

South Carolina, Missouri, Wisconsin, Connecticut, Maryland and Indiana are also states where the winner takes all by congressional districts.

Finally, each state and territory has a Republican Party chairman and two elected members of the Republican National Committee — one man and one woman. None of those three is bound to any candidate.

Adding to the array of dizzying wrinkles is the minimum threshold rule in some states — a requirement that in order to win any delegates, a candidate must win at least a significant chunk of the vote. Massachusetts and Kentucky require only 5 percent. New Hampshire, Maine, Kansas and Rhode Island require 10 percent. Six other states have 15 percent thresholds. Ten states have 20 percent thresholds.

But states such as Iowa and North Carolina don’t have any minimum threshold.

For the Republican Party establishment, it will make good sense to target states with low thresholds or no thresholds at all, channeling money into those states to boost Mr. Christie, Mr. Bush, Mr. Rubio, former Arkansas Gov. Mike Huckabee or anyone else who might dilute Trump and Cruz delegate totals.

The name of the game is denial — denying a Trump or Cruz delegate majority before the convention is gaveled to order on July 18.

“The key for those who want to stop both Trump and Cruz will be to coalesce behind one candidate, and Rubio is the obvious choice for now,” said Mr. Ellis. “The strategy would be to deliver enough delegate votes to Rubio to prevent a majority, and then attempt to nominate him on subsequent ballots. The candidate who comes into the convention with a plurality but short of a majority usually fails to win nomination in the end.”

One sure way for Mr. Trump and Mr. Cruz to crash through an establishment blockade would be to combine forces, which under The Times’ analysis would produce an insurmountable mountain of delegates. That would likely mean a Trump–Cruz ticket.

5 thoughts on “#ncpol: NO Preference?”