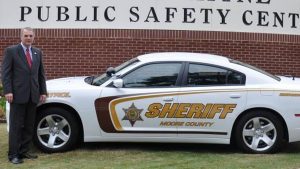 Attorney General — and Democrat nominee for governor — Roy Cooper wants us all to believe he has “fixed” the problems with the state crime lab that made national news, overturned convictions, and killed prosecution efforts. But a presentation by Moore County sheriff Neil Godfrey Tuesday night indicates that Cooper’s crime lab is still bedeviling our state’s crime fighters and costing taxpayers extra money.

Godfrey asked his commissioners to approve a $40,000-per year contract with a Pennsylvania-based laboratory to conduct DNA and other crime-scene forensic work for cases under investigation by his department: 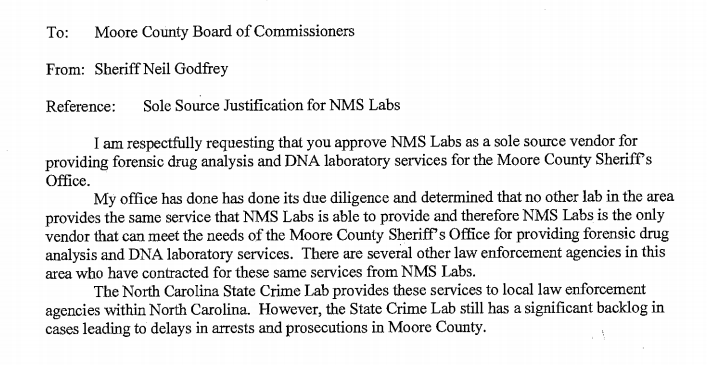 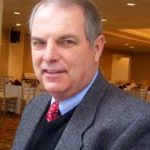 (Moore County’s sheriff AND Harnett’s sheriff are both Republicans.  The Cumberland County sheriff is a Democrat.  So, this is a bipartisan trend.)

How did things pan out for Godfrey at the commissioners meeting?  Let’s see:

[…] The commissioners unanimously approved a request from Sheriff Neil Godfrey to contract with NMS Labs for forensic drug analysis and DNA testing, which is estimated at $40,000 annually.

Godfrey told the board that the Sheriff’s Office, as well as other law enforcement agencies have relied on the state crime lab for the past several years. But he said there has been “a significant case backlog,” which has resulted in “the delayed arrests and the delayed criminal prosecution of criminal suspects.” 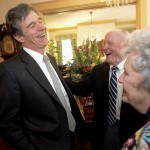 “We found that the lab work completed by NMS labs enabled the Sheriff’s Office to prosecute criminal cases in both state court and federal court in a very timely manner,” he said.[…]