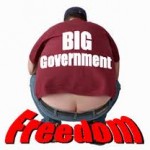 It should not come as a shock to anyone that a politician (1) takes a position, and then (2) runs like hell from it.  But doing it so blatantly – and so close to an important election — will earn special recognition from us.

We reported earlier about how CSX and some state government types in Raleigh decided that a new CSX facility was going to go on a certain plot in Johnston County — whether or not the current landowners agreed.    Why bother negotiating directly with landowners when you and your lobbyists can shower cash on and trade favors with politicians and bureaucrats in the halls of government — and TAKE WHAT YOU WANT? 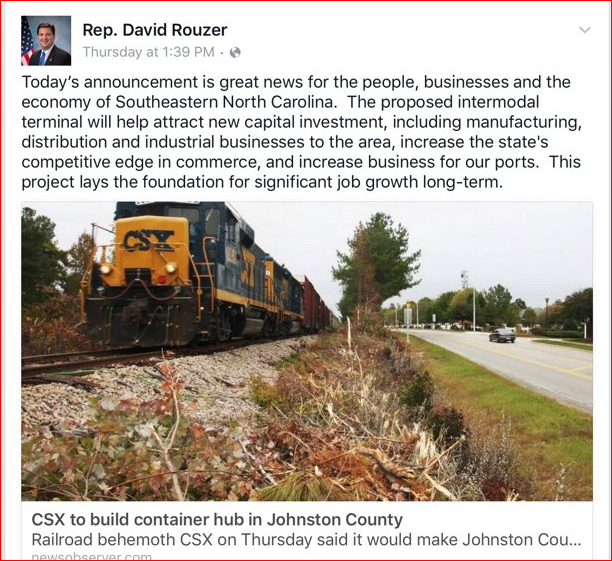 Rouzer even applauded the deal — which will uproot families who have been living and working on that land for generations — on his official website.    (But curiously, after all of the public uproar, the release disappeared from his web site.  Thank goodness for Google caching.  Things on the Internet live forever.)

Rouzer’s primary opponent, Mark Otto, is having a field day with the issue:

“Although congressman Rouzer said this is “great news for the people,
businesses and the economy,” I believe taking people’s family farms by force
in order to benefit huge corporations is just wrong.  Our multi-generational
farmers are quite literally being freight-trained into submission by CSX and
the politicians who are more interested in re-election than representation.
Eminent domain abuse must end; I will fight for the farm!”

Otto and Rouzer will face off at the polls on March 15th.