Sometimes the bovine defecation peddled by McClatchy makes me laugh out loud.  Here’s one recent example:

Wow.  That’s pretty strong.  Who is taking this stand?  The Fraternal Order of Police?  The PBA? Who? 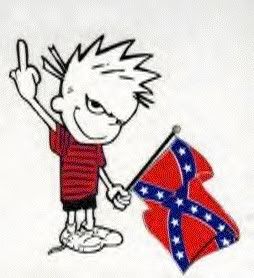 If you read a little further into the article (second paragraph) you learn this so-called law enforcement group is something called The North Carolina Commission on Racial and Ethnic Disparities in the Criminal Justice System.

If you drill down into the group’s web site, it is little more than a leftistspecial interest group that has championed things like the nefarious Racial Justice Act — which injected race into decisions about whether or not to grant the death penalty.

Here’s how the group describes itself:

NC-CRED is dedicated to understanding how racial minorities are disproportionately represented in the criminal and juvenile justice systems. We conduct detailed studies that account for all potential explanations, including socio-economic factors. When individuals are similar in all ways except for their race or ethnicity, and have vastly different outcomes in the criminal or juvenile justice systems, we can conclude that those systems are unfair. If and when we find examples of unfair treatment, we will strive to create recommendations for reform that have support from all of our professionally diverse Commission members. NC-CRED meets four times a year to review research, significant developments regarding race and criminal law, and to discuss collaborative solutions for racial and ethnic disparities in the criminal and juvenile justice systems.

Its board includes two elected Democrats: Judge Bob Hunter of the North

Carolina Court of Appeals, and NC Superior Court Judge Gregory Weeks.  Weeks has been a passionate defender of the Racial Justice Act.  (The public defender for Orange and Chatham counties also sits on the board.)

Wake County DA Lorrin Freeman, a Democrat, is a group member. Some other Democrat local judges and prosecutors are also active.  As is Rick Glazier,  former Democrat House member and currently executive director of the NC Justice Center.  Former Edgecombe Sheriff James Knight, a Democrat who also happens to be black, is a member.  Groups such as Indigent Defense Services, The Southern Coalition for Social Justice, and the US Commission on Refugees and Immigrants are also represented among this group’s membership.

The McClatchy headline SHOULD read something like: “A bunch of Democrat politicos and leftist agitators take one more shot at firing up racial tensions.”