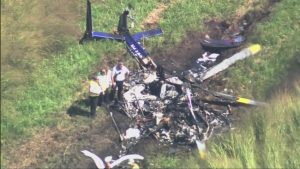 Tragedy struck northeastern North Carolina this week when a Duke life flight helicopter carrying a patient and a full crew went down — with no survivors.

You notice something curious when watching video of the crash site.  Something that the drivebys don’t touch on.  The copter crash occurred within a few hundred feet of some of those giant windmills championed by the solar goons and their political allies like state Rep. Bob Steinburg.

Here is some info from August where military authorities in New York expressed concern about negative effects on their aircraft radar systems (weather and guidance) caused by a nearby wind-power project.

Here’s a key passage from the military presentation: 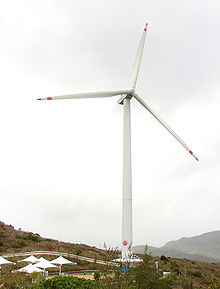 […] Wind Turbines contaminate the low level angles or radio waves the Doppler Radar emits and contaminates the data collected by the radar. […]

I don’t have any inside info on the crash or its investigation.  But the proximity of the crash to those windmills, and the info from the military folks in New York, will hopefully factor into any investigation of the Duke crash.  And, hopefully, into the continuing debate in Raleigh about taxpayer investment into these kinds of energy projects.