The educrats love to tell us to shut up and keep shoveling our money to them.  And they keep on bitch-slapping us with leftist nonsense funded by that money we keep forking over.

We all know how kooky things are in the classrooms at Chapel Hill.  Let’s look at the sister campus over in Charlotte. Here’s this from UNCC’s Philosophy Department: 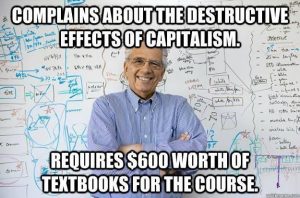 The faculty of the UNC Charlotte Philosophy Department affirm our commitment to social justice by declaring our solidarity with: lesbian, gay, bisexual, queer, transgender, and gender-nonconforming persons; communities of color; American Indian and other indigenous communities across the globe; homeless people and those living in poverty; immigrants, refugees, and asylum seekers regardless of status; persons living with mental and physical disabilities; religious minorities; older adults; persons dealing with the consequences of violence; and all other vulnerable populations.

We recognize that these vulnerable populations are discriminated against, exploited, and marginalized in the United States, in North Carolina, and in the city of Charlotte. Thus, through our teaching, 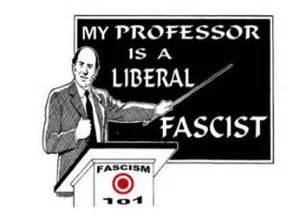 research, and service, we strive to contribute to the eradication of these injustices and will continue to pursue funding, educational resources, and collaborative community projects to seek an end to the structural harms, disenfranchisement, and everyday patterns of violence inflicted on all the communities of which we are a part.

In particular, in pursuit of our most important mission as an institution of higher learning, we affirm our commitment to fostering classroom and campus environments where genuine learning and critical dialogue can take place, where questions central to the humanities can be passionately pursued by students from all backgrounds, and where pressing social, 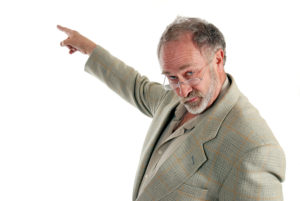 political, ethical and cultural issues will be addressed and studied so that we can contribute to the welfare of our city, state, and global community.

As part of our ongoing commitment to social justice efforts, the Philosophy Department directly stands against: anti-LGBTQ legislation; law enforcement that disproportionately impacts communities of color; and all forms of state and federal legislation that further entrench structures of injustice in North Carolina.  We support the right of all students to study in an environment that is free of harassment. 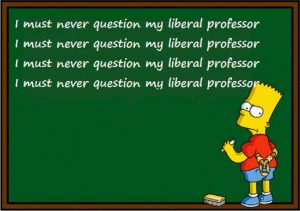 In response to recent and ongoing patterns of violence such as the Orlando Pulse Nightclub Massacre, the police killings of Keith Lamont Scott in Charlotte and of Black persons across the country, and the persistent harassment and harms against Muslims, immigrants, and Latina/o/x persons in the U.S., we stand united with the communities affected by these tragedies, and we seek to dismantle the structures of harm that have led to these terrible events.

I’m willing to bet Edmund Burke and John Locke don’t get much of a fair shake in this philosophy department.

Here’s department chairman Shannon Sullivan getting some national publicity from The College Fix:

A philosophy professor argues that white people enjoy a “sense” of importance, calling it “white priority,” a term the scholar coined to summarize her claim that people with white skin feel superior to others.

“White priority concerns a white person’s felt conviction about herself (however egregious or misplaced, and often unconscious) that no matter the quantifiable, statistical details of her life, she is not on the very bottom run of society’s ladder,” writes Professor Shannon Sullivan.

Sullivan, department chair of the philosophy department at the University of North Carolina Charlotte, made the comments in a recent scholarly article in “Critical Philosophy of Race.”

The piece takes issue with the term “white privilege,” with Sullivan writing that it doesn’t quite hit the mark in describing the “advantages of whiteness.” But “white priority” describes a white person’s “sense of coming before someone else,” noted Sullivan, who is white.

“As a poor, struggling white person, I might not be financially privileged or very high up in social circles and many people might disparage me, but at least I’m not the lowest of the low. I come before someone else: people of color and black people in particular,” Sullivan wrote.

In “White Priority,” Sullivan argued that the word privilege suggests one’s lived an easy life and it doesn’t quite fit for white people who’ve faced hardships. White privilege is “the right term to describe middle-class and affluent white people’s particular racial advantages,” but she argued that white priority applies to all white people no matter their financial standing.

This nuance is important, she wrote, because “life after Obama is a time for greater nimbleness and dexterity as we think about race and its

intersections with class.” She argued there was a “white backlash” against President Barack Obama during his tenure in the Oval Office, an alleged backlash that stemmed from what individuals saw as his “extremism.” This extremism wasn’t based on Obama’s policies but rather that a black man was president, Sullivan wrote.

“It is as if a black intruder broke in and was allowed to stay, and we could say this almost literally given the white imaginary understanding of blackness as inherently criminal,” Sullivan stated.

As for proof that white priority exists, Sullivan stated she does not exactly have any, noting “white priority is not something that can be empirically verified or disproven.”

Hey. Who needs PROOF when you’ve got tenure and a six-figure salary provided by the taxpayers?

If you want MORE from Shannon, she’s got a book out on Amazon: The Physiology of Sexist and Racist Oppression.  (No joke.  THAT is the title.)

*Yeah.  These people are cash-starved.  Throw them some more money.*

9 thoughts on “Race-Baiting 101 at UNC-Charlotte”