He’s been a big cheerleader for North Carolina.  He was pat McCrory’s budget director.  He campaigned for the ConnectNC bonds as a way to build North Carolina’s econmy. Now, it appears that Art Pope’s business is doing its part to grow the economy in the state of Georgia:

The distribution center will support Variety Wholesalers stores as the company expands its presence in the southeastern, midwestern and south central United States.

“Georgia’s business climate and transportation infrastructure continue to attract major businesses such as Variety Wholesalers to the state,” said Deal. “Variety Wholesalers’ decision to expand to Coweta County speaks to Georgia’s growing commercial infrastructure, demonstrates the significant investment opportunities offered by our ports and will further establish our state as an industrial magnet.”

Variety Wholesalers is based in Henderson, N.C., and operates 360 stores in 16 states. The newly created jobs will include positions in management, operations, transportation and logistics. Georgia Quick Start will provide customized training for new distribution center employees. […]

Okay.  I understand that distribution centers for major companies need to be spread out and placed in close proximity to facilities they serve.  But it’s not like Georgia is all that far from North Carolina.  (I could see setting one up in New York for dealing with the northeast, or one in Nevada to serve west coast operations.)  MORE: 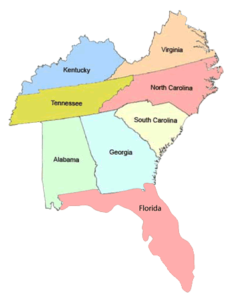 […] “We are very excited about opening this distribution center in Newnan, our first outside of North Carolina,” said Wilson Sawyer, chief operating officer of Variety Wholesalers. “The reception from the local, state and ports officials has been outstanding. We have enjoyed many years doing business in the state of Georgia, as we currently operate 48 of our 360 stores in Georgia with a new store opening in Newnan.”

Variety Wholesalers offers merchandise including apparel, shoes and accessories for the family, as well as home décor and furniture. The new distribution center will be located on Herring Road.

“We are delighted that Variety Wholesalers has chosen to locate in Coweta County,” said Coweta County Commission Chairman Tim Lassetter. “This is a great family-owned company with a long and distinguished business history.

Variety Wholesalers will be an excellent addition to our local industrial community, and we look forward to having the company in Coweta County.” 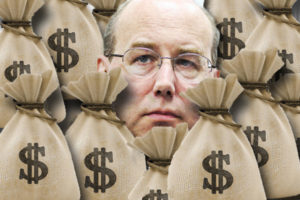 “Georgia’s presence as a global logistics hub has and will continue to attract business, generating quality jobs and investment opportunities across the state,” said GDEcD Commissioner Chris Carr. “We are proud of the partnerships that led to Variety Wholesalers’ decision to expand in Georgia, and we look forward to working with the Coweta County Development Authority and the Georgia Ports Authority to support the company’s continued growth.”