HB2 was passed in March.  Here we are in September.  School is back in session. Football season has started up.  And the political campaign season is in the final stretches.  So, here come the NCAA and ACC to get their licks in on the state of North Carolina and its Republican leaders — less than two months before a big vote for governor, council of state, and the legislature.

In support of their “collective commitment to uphold the values of equality, diversity, inclusion and non-discrimination,” the ACC presidents agreed to cancel ALL neutral site games currently scheduled to be played in the state of North 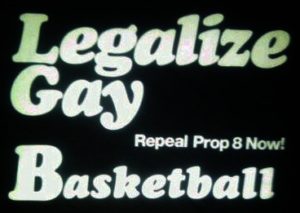 Carolina.   For you non-sports fans, neutral sites are places like Greensboro and Charlotte that are NOT on the campus of any ACC school.

Curious.  If canceling those neutral site games is meant to be a way to give North Carolina the SOUTH AFRICA treatment, isn’t sending your team to play on the campuses of Duke, NC State, Carolina or Wake Forest flying right in the face of all that hard-left, social justice warrior self-righteous indignation?   Why are you tolerating “bigotry” in the post-season or on neutral sites, but NOT at on-campus sites during the regular season?

Another interesting angle — The ACC is based in North Carolina.  Four of its teams — two of its best basketball programs — are based in the state.  A significant chunk of the fan base, and event sponsors, are located in the state.

Also, are the member schools shooting themselves in their collective feet?  My alma mater is suffering significantly from a dramatic drop-off in alumni donations. Conservative, older alumni are balking at donating to a school lurching far to the left of Obama.

More and more, this move by the ACC looks like something done reluctantly, in a less-than-unanimous manner under extraordinary pressure from on-campus rabble.  This is

about intimidating Pat McCrory, Dan Forest and the other Raleigh politicians who have not submitted to leftist thuggery.

The drive bys and the radical left can keep spewing the Big Lie all they want.  HB2 keeps things AS IS. It reiterates the constitutional relationship between local and state government in North Carolina. All of this poltiical theater is about nothing more than winning an election with brute force.

ACC sports, for years, have brought people together for years that normally would not associate.  They provide a great escape from a lot of the stresses of life.  The leftist creep into every other aspect of life makes having an escape like ACC sports even more important.

Now, that an institution that, for years, brought joy to Democrats and Republicans alike is siding so openly and blatantly with the Democrats and the radical Left, the ACC’s special place in so many hearts across North Carolina is at risk.