They mused about the date on a group chat, but now it’s official. (Apparently they have enough legislators available on April 30 to commence with the dirty deed.): 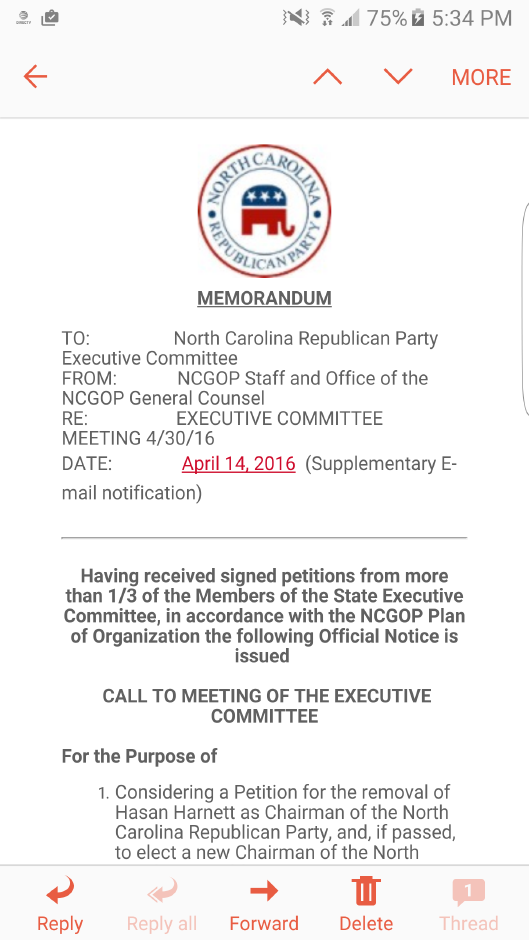 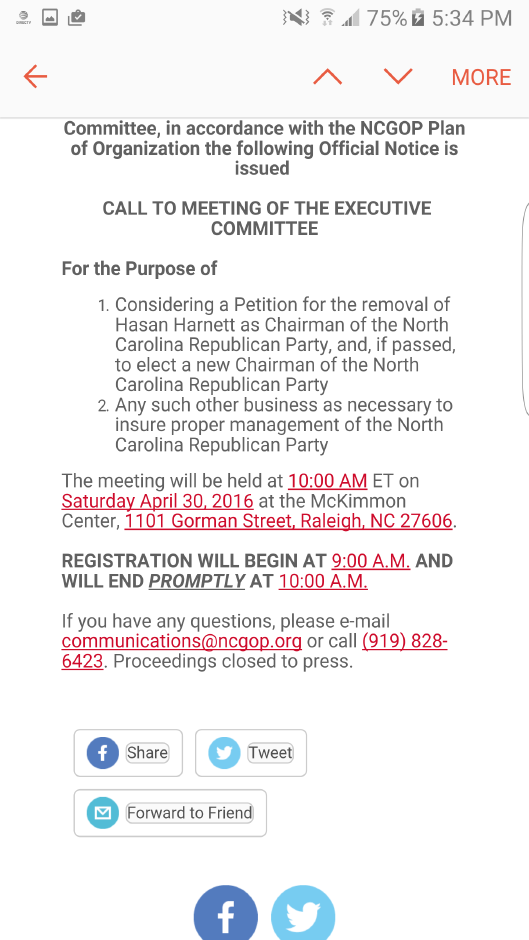 What specific charges of misconduct is this petition based on? (By charges, I mean, accusations backed by some actual evidence.)  Not being able to run a meeting?  There’s plenty of evidence to convict Joyce Cotten and her lovely daughter on that one, too.

It’s clear there is not enough credible evidence to turn things over to law enforcement.  After all, after all this time, it hasn’t been done.

There have been some ugly power grabs in politics, but this ranks as one of the ugliest.  This is a “brute force” attempt

at reversing results of a vote they didn’t like that took place back in June.  Their guy didn’t win, so they are going to tear down the guy who did. This is the kind of Third World stuff you expect to see in Latin America or Africa, not in the North Carolina Republican Party.  *You gotta love all of the clear violations of due process in this whole episode.*

Will this be tolerated?  Will it be allowed to stand?  Will you continue to affiliate with an organization that behaves like this and treats people like this? If they remove Harnett and install one of their cronies, it sends a clear signal that YOU and YOUR VOTES don’t matter. (Michele Nix better buckle up.  She’s next in the hot seat.)

Super PACs and affiliated committees are making political parties less and less relevant.  Behavior like this is sure to make the NCGOP less and less relevant to average folks across the state.  The party defined by Jesse Helms and Ronald Reagan as a noble defender of individual freedoms and the free market has devolved into a malestrom of whining and teeth-gnashing about convention fees, job titles, and cold-hard cash (of dubious origins).

The focus has moved from saving and growing North Carolina and America to selfish, personal gain.