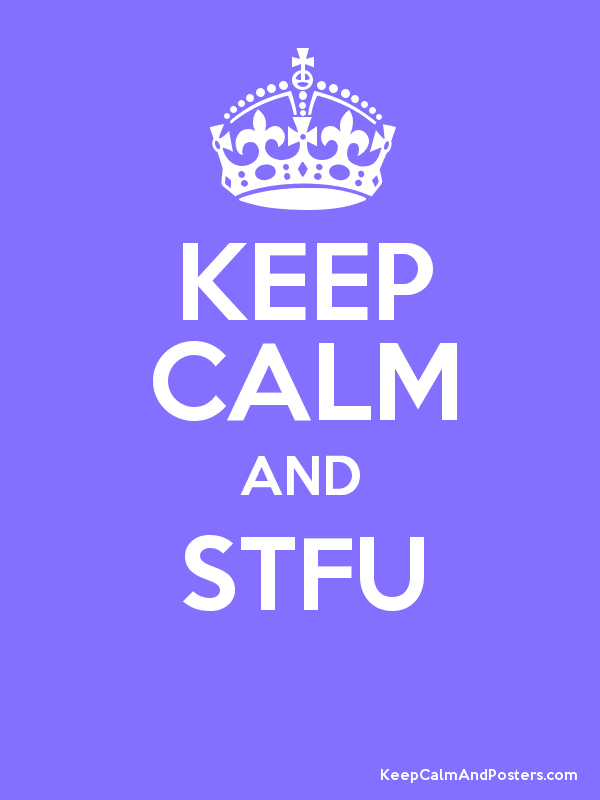 We’re in the middle of the primary election season.  These times are all about internal debates / discussions between party members as they chart the direction of and craft an agenda for their parties.  Yet, it appears the NCGOP hierarchy — including The Pope himself — is enforcing a ban on public criticism of GOP officials by GOP activists.

This has all come to light thanks to some dissension among party activists in Haywood County. Apparently, some party members are seeking punitive actions against an incumbent county commissioner there for alleged infractions that reportedly include using the powers of his office to retaliate against fellow Republican rivals.

We obtained THIS email from Haywood GOP chairman Pat Carr:

On two different occasions I have been told by staff members that the responsibility of County parties is the recruitment, funding, and election of Republican candidates, not censuring sitting elected Republicans.  That information was passed along to members of the Haywood County Republican Party.

One of our Executive Committee members, Mr. Eddie Cabe, has provided to me several cases  where County parties have indeed censured individuals.  Therefore I am asking for clarification of the NCGOP’s policy and guidance with regard to such actions, specifically with regard to any criteria that should be considered before taking such an action.

Thank you for your assistance.

This got followed up with an email to NCGOP HQ from the aforementioned Mr. Cabe:

I believe the time has come for one of you at the NCGOP to step up to the plate and answer the Question . Have any of you or has the NCGOP given Pat Carr, Chairperson of the Haywood County Republican Party, Instructions to “Not Censure” as she insists you have? And if so could you please provide me with a copy of these Instructions that I may share them with the Haywood GOP executive members.

Thank you for your time and attention to this matter

THAT missive led to this dictate from The Pope himself:

It’s time we had a little “prayer meeting”, as we say down in these parts.

Our 100 County Chairs collectively have the hardest job in the Party.  They must organize meetings, recruit candidates, raise money, engage in outreach and PR, and, unfortunately,  play referee to every local dispute that arises between their elected officials and their activists.  It’s a thank-less job, and I know first hand, having been the Wake GOP chairman back in 2009 and 2010.  Regardless of the County Chairman’s best efforts, there will always be a group of individuals with a bee in their bonnet and a bent toward negative criticism, disruption, and ultimately destruction of the very organization that seeks to turn out the vote and elect Republicans at the local level.  Most of the criticism seems to derive from those who have some sort of “purity” notion, or in come cases a “holier than thou” approach – both of which are ineffective and impractical when it comes to actually winning elections – and the bottom line is – we’ll never “govern” if we don’t win elections.

In my humble opinion, your passions for conservative politics, while admirable and heartfelt, would be much more effective if directed towards the defeat of democrats like Kay Hagan rather than your continued assaults on your local county chairman or your local Republican elected officials.  I would wager a large bet that between you, your county chair and your locally elected republicans – you all probably agree on 80% or more on any given issue.  But instead of working together on those issues, you’re choosing to focus on those few issues in which you find disagreement, and you seem to be much more comfortable attacking fellow Republicans – a clear violation of Reagan’s 11th commandment.  You continue to look for conspiracy theories, skullduggery, and high drama where none exists, and it’s a colossal waste of precious time, energy and resources – time that could be better spent walking a precinct, making phone calls, and registering new Republicans for the upcoming elections – those activities that actually build the party rather than tearing it down.

To your question regarding “censure” motions, we have advised our County Chairs – at every opportunity – to discourage any motions or resolutions that would have a party openly criticize – for public consumption – a local republican official.  Not only does such action violate Reagan’s 11th commandment, it is also ineffective, in that it only further alienates the target of such criticism, it “changes no minds”, and only gives the Democrats more fodder to attack the same individual at every opportunity.  It drives a wedge and divides the local party rather than unite the party, and when Republicans are divided, democrats win.

If you are a voting member of your county party, you have the right to bring any motion you wish for consideration by the board.  I would encourage you to bring a motion to register more voters, raise more money, establish a phone bank, walk more precincts, etc.  Those are motions that help build the party.  If you choose instead to bring motions that cast the Party or its volunteers or elected officials in a negative light, I would strongly encourage opposition to those motions and I would hope that the boards would soundly defeat such ill advised proceedings.

One of the principles in which I’ve tried to preach around the state is simply this:  Praise in Public, Criticize in Private.

Ask Bob Rucho how well this bit of preaching has worked out for him.

It’s a very simple principle that, if practiced by more of our party’s leaders & elected officials, would do wonders to help build unity and help maintain the first Republican majority in this state in over 140 years.  If you have “issues” with your local elected officials or party leaders, I would encourage you to schedule a “prayer meeting” of your own with these individuals and air out your differences, focusing on those issues in which you agree rather than those in which you disagree.  Agree to disagree if you must, but find the common ground, and find the “positive” in every person.  Find ways to help each other rather than tearing each other down.  Find the good in people, for there’s much good.

Eddie, we’ve never met, but I know that if and when we do, you and I would probably get along just fine and in fact we would have much in common.  We’re both “warriors for the cause”.  I admire your energy and passion, and advise you, based on my own personal experience, that with only 24 hours in a day, we must carefully decide how we spend our time.  Let’s collectively agree to spend our precious hours on this earth in an endeavor that inspires, uplifts, motivates and promotes the good in our fellow Republicans and our fellow Americans.  The hardest thing to do is to practice the “golden rule”, especially when you’re on the receiving end of such negative bombardments by others, but such practice is the highest calling of a true leader, whether it’s reciprocated or not. You’ve had your own share of “negative” thrown your way as well, but I believe in you, Eddie, and I know that you have what it takes to turn this negative into a positive.  I’m counting on you do the right thing.

So, this bit of preaching from The Pope helps us put the actions of the recent past Craven GOP chairman in perspective.  (He had orders from on high.)

What does The Pope suggest we do when quite a few of our elected officials abandon their campaign promises shortly after being sworn in?  When we vote a plank into the party platform banning tolls, and our House “leaders” run back to Raleigh and approve tolling?

The Pope seems to be buying into the mainstream media — and professional consultant — argument that you need to moderate in order to win elections.  Ronald Reagan didn’t tone it down — and won TWO landslides.  Jesse Helms held firm on his beliefs — practicing what he preached — and got 30 years in the Senate. People appreciate principled leaders.

In 1988, the great William F. Buckley led a rebellion against his state’s US Senator Lowell Weicker (R-Conn.).  Buckley formed a PAC that helped then-state attorney general Joe Lieberman knock off the incumbent RINO.  Buckley’s logic?  It’s better to have a moderate-to-liberal honest Democrat than a shifty unprincipled Republican-in-Name-Only.  Does Mr. Pope dare challenge Buckley’s devotion to Ronald Reagan or the GOP?

27 thoughts on “NCGOP cracks down on Republicans criticizing Republicans”