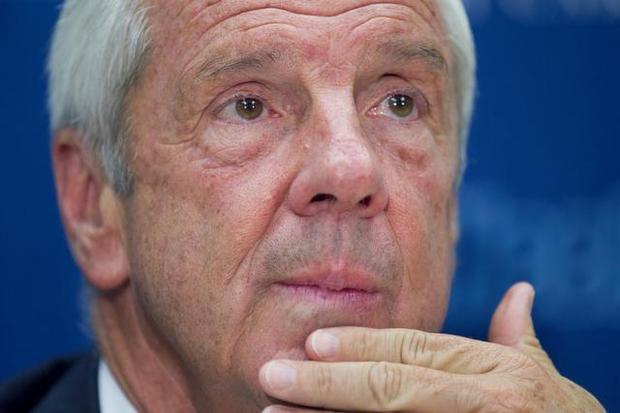 For some years, I’ve had one foot in the academic world and one in the business world.  (I am an adjunct instructor at a number of area colleges here in North Carolina.) It’s been no secret to me that quite a few career academics have resentment toward college athletes and the athletic programs.

I am sure there is quite a bit of giggling in faculty lounges about the latest reports on UNC athletics.  A former academic advisor to Carolina athletes is alleging that there are many players who read at a 4th to 8th grade level, and that at least one former basketball could not even read.

Of course, the media is portraying this woman as a heroine and a whistleblower.  One serious question — if her allegations turn out to be true — I think is being seriously overlooked is this:  HOW did these kids get high school diplomas?

Asking that question forces DPI superintendent June Atkinson and her educrats in Raleigh, as well as educrats and school board members in all 100 North Carolina counties, into some really uncomfortable positions.  Are kids who read at 4th grade levels being handed high school diplomas — just to keep the government money flowing and the graduation statistics elevated?  Have we got taxpayer-funded diploma mills?

This all reminds me of an incident from one of my community college courses a few years ago.  I had a rather large young man — in Shaquille O’Neal height and weight territory — walk into my class on its second meeting.  A man — introducing himself as an assistant coach for a Division I basketball program — met with me after the class dismissed.  He told me he and the rest of the staff were very interested in this student’s academic progress.  They were hoping he could use his time at this community college to get his grades up so he could be eligible to play at this Division I school (NOT Carolina, FYI).  I told this man that — as long as the student worked hard, attended class, studied, and participated — he would likely do fine in my class.

As the class progressed, I noticed some serious issues with this student.  When he bothered to submit written homework assignments, they looked like the scribblings of a 3-5 year old. We had instances in class where I required students to read case studies aloud, and offer their analyses.  This student would regularly “forget” to bring his text to class.  I caught him one occasion where he brought it.  His attempt to read a case study aloud was so poor that I began to think HE COULD NOT READ.

This kid is a graduate of a North Carolina public high school.  He’s got a diploma.

He ended up blowing off the remainder of the semester, and failing the course.  I follow college basketball, but have not seen him show up on the roster of this particular school nor any other, for that matter.

To be fair, I regularly see written assignments from non -athletes that look like they were produced by immigrants for whom English is a second language. (Sadly, they are all native-born Americans.)

I’m not defending colleges that use talented young athletes to make a ton of money — then throw them aside after four years.  But what is to be done about the parade of young people coming out of K-12 with an inability to competently read and write? How can you fix 12 years of damage in four years of collegiate study?

It seems like we’ve forgotten the original purpose of public education: to prepare students to be productive citizens out in the community.  We’re teaching to these standardized tests — whose results play a major role in how much money each school system gets from the government.  Local governments are loading up on six-figure salaried educrats who want to focus on self-esteem in the classroom.

Back when I was getting my master’s degree, I had several courses that included some Chinese exchange students. These students seemed to know MORE than their American instructors regarding the course subject matter.  I talked about this once with a soon-to-be fellow instructor.  His reaction?:

We can keep focusing on self-esteem, standardized testing, Common Core, and other touchy-feely-feelgood stuff.  Or we can start focusing on preparing kids to be competent, competitive, productive citizens who can help drive our nation through the remainder of the 21st century.

If this academic advisor at UNC is telling the truth, a true crime has been committed.  The educrats at the K-12 level took tax money under false pretenses — supposedly to educate these kids.

10 thoughts on “The UNC athletics “scandal”: Overlooking the role of K-12 public education”