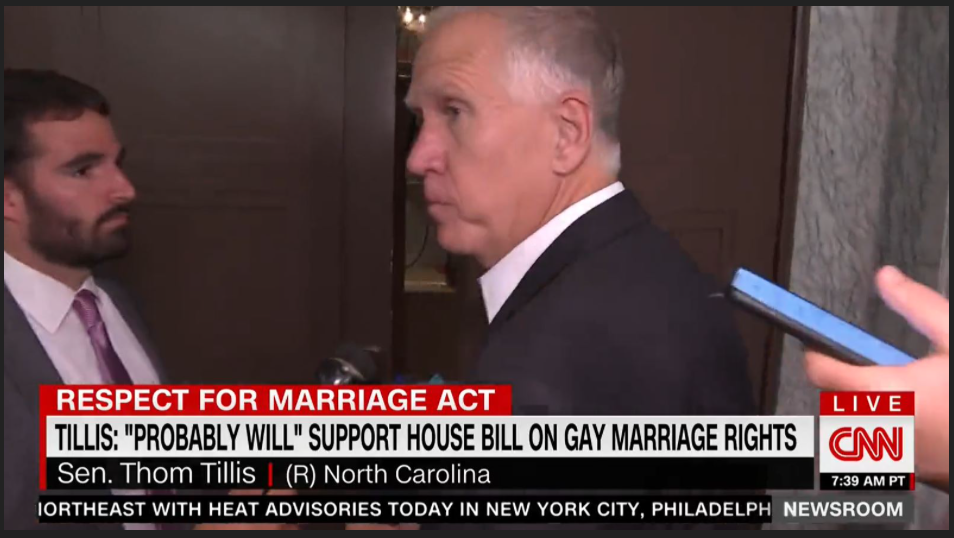 [Editor’s Note:  The author is a Republican member of The North Carolina House of Representatives representing Anson and Union counties in House District 55. He formerly represented North Carolina on the Republican National Committee.] 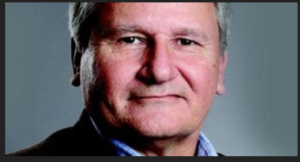 Once again, our Republican US Senator, Thom Tillis, has created a “disturbance in The Force” that has had many in the NC Republican Party looking at each other with astonishment and trepidation.

His support for the Inflation Reduction Act (which was nothing more than another deficit-busting borrow/spend scheme) followed immediately by his ‘stop the spending’ rhetoric made many a Republican head spin in exasperation.

Now, his support for the “Respect for Marriage Act”, has created an issue that must be resolved at our next state Republican Party Convention.

DO WE, AT CONVENTION, VOTE TO AFFIRM THE LONGSTANDING PLATFORM’S ASSERTIONS ABOUT MARRIAGE AND SANCTION TILLIS OR VOTE TO CHANGE THE PLATFORM?

Our laws and our government’s regulations should recognize marriage as the union of one man and one woman and actively promote married family life as the basis of a stable and prosperous society.

Traditional marriage and family, based on marriage between one man and one woman, is the foundation for a civil society.

We recognize and honor the courageous efforts of those who bear the many burdens of parenting alone, even as we affirm our support for traditional marriage.

That’s right, we need to address this obvious contradiction and settle the matter in the appropriate forum, the NC state Republican Convention. There not have been many times in our party’s history that such a “foundational” issue has come before us (maybe only second to the fight against slavery).

The United States Congress, with the support and leadership of our own Senator Tillis, will vote to “Institutionalize” a direct and unequivocal prohibition by God, the Creator referred to in our Declaration of Independence.

Senator Tillis will vote to “institutionalize” a sin against God’s Law!

I am well aware there are many people in the Republican Party that will support Senator Tillis in this issue. That is their prerogative. I am also keenly aware that there will be an effort to silence the debate so we don’t appear to have a major disagreement in the party.

I’ve held public office as a Republican for a decade.  Party unity is very important. Even the appearance of disunity can have political consequences. But this time, Senator Tillis has taken on an issue that is so fundamental and contrary to the deeply-held beliefs of so many of the Republican Party faithful  that it warrants a response.

I am not the person creating an issue here. Senator Tillis is. If we, as Republicans, want to change our Platform to conform to Senator Tillis’ views and beliefs and the new Woke agenda, then we must do it in our open forum Convention.

Having elected legislators flagrantly violating the Party Platform without any consequences undermines any sense of party unity. Senator Tillis has taken the critical vote to move this legislation in the Senate by contributing to the 60 votes needed to bring the Act to the floor.

Most of his fellow Republicans voted opposite Senator Tillis. Now only a majority vote in the Senate is needed, which the Democrats have, to pass this Act. The nation at this point will be fundamentally changed. To Senator Tillis, it appears, God’s laws and Party Platforms have become mere suggestions that can get flagrantly violated without consequence.

Many people who do not believe in the teachings of the Bible or attribute no authority to the “Creator” referenced in our founding documents may not feel as passionate as I do on this subject.

Those who do understand that we, as a nation, will have taken a step too far.  I, for one, will not stand idly by while our misguided Senator leads the charge to change our Republican platform without an open debate and vote.

Once elected to the North Carolina House, I began using this platform to challenge the Democrats and their radical ways. One of my top goals was to help return our state and nation to their God-fearing status that was established at their beginnings. Never did I suspect that I’d have to fight fellow Republicans as hard as, if not more than, the Democrats.

I think that is why God tells us to “fight the good fight” and leave the war to Him.

Remember that God will deal with everyone’s individual sin individually. He gives everyone a lifetime to repent but judges a nation in real-time where we all will suffer the same consequences.

The Respect for Marriage Act is playing with fire. It and Senator Tillis must be dealt with at the Republican Party Convention.

This showdown is long overdue.