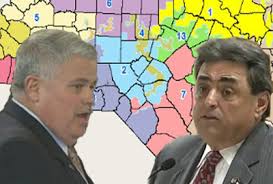 It appears that twin brothers Bob Rucho and Tom Apodaca are taking pity on the drive-bys who spend so much time peppering them with stupid questions and making them miserable.  The GOP senators introduced a bill allowing for unemployment insurance and workman’s compensation payments for people employed by newspapers.   Perhaps these two wise men were foreseeing a dire future for the drive-bys.

We’ve been hearing about McClatchy’s troubles for years.  Recently, we’ve heard about layoffs at The Fayetteville Observer.  (Perhaps these two weepy, kind-hearted guys were feeling extra generous with our money when they introduced this.)  Their bill, introduced on March 30, struck the following language from the law:

Alas, these two merry-makers withdrew this bill from consideration today.

One thought on “#ncga: A payday for drive-by reporters?”