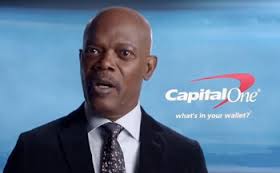 Our reportedly Republican governor wants a $2.8 billion bond referendum on the ballot in November.  Bond referendums — in case you didn’t know — are votes on whether to allow government to take even more money out of your wallet.

To put things in perspective, our current state government budget is in the ballpark of $21 billion.  So — if the issue passes muster with the voters — we would be borrowing an amount roughly equal to TEN PERCENT of current state expenditures.

bonds are backed up by the “full faith and credit” of the taxpayers, as well as the taxing power of their government. With these, you are basically voting on whether to give government permission to raise your taxes.  Revenue bonds are paid back via any revenue derived from the operation of the proposed project.

Our gas tax — the highest in the southeastern United States and one of the highest in the country — was meant to pay for road construction and maintenance.  Yet, our leaders are telling us it is just not generating enough cash.  (It might if they were not diverting so much gas tax revenue to non-road matters.)

‘ve also found out that many public schools across the state are being short-changed by the so-called North Carolina Education Lottery.  Where is THAT money going if it is not making it to the school coffers?

When things get tight in our personal budgets, we cut back on non-necessities to divert money to things that are clearly necessities. Government types cringe like vampires confronted by sunlight when confronted with the mere thought of cutting back on spending or living within means.

I don’t know about you, but I want to be reassured that the honorables have cut all they can cut to reallocate money to these necessities BEFORE they try to reach in my wallet ONE MORE TIME.