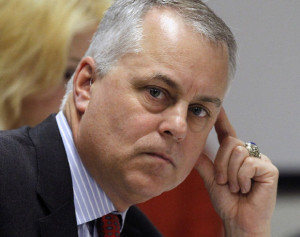 That’s the latest spin coming out of our fair capital city.  The grassroots have been fuming since a last-minute surprise watering down of voter ID breezed through the General Assembly.  House leaders have been trying to smooth over some hard feelings among grassroots leaders.

Here’s the latest from one of our sources who is arguably super-plugged in to happenings at the puzzle palace on Jones Street:

“This bill passed with the caveat that free IDs would be made available for voters who did not have a voter ID readily available.  Apparently, the other side has found that DMV staff have been charging people for these IDs.  They were ready to take this info before a judge and completely blow up and derail voter ID in North Carolina.  Hey, and why not?  We’ve got DOT and DMV violating the letter of the law.   It is my understanding that this fix to the voter ID rules was rushed through in an attempt to salvage the state’s case.”

DMV falls under the jurisdiction of the North Carolina Department of Transportation, which is run by secretary Tony Tata.  My source added:

“This guy is so preoccupied with his spy novels, and publicly musing about running for Congress.  It’s too bad he’s not more focused on important stuff like that toll road fiasco near Charlotte and this voter ID mess.  This blows back on the governor and his people too.  They put the management team at DOT in place.  They left a lot of Democrat holdovers in place.  It wasn’t hard to see something like this coming. Some heads need to roll.”