I think they’re hearing us on Jones Street.

We — and many other grassroots entities — have been howlin’ mad about Gov. Pat’s $40 million+ corporate welfare giveaway.  The House pretty much gave the governor what he wanted.  But it appears the state Senate has been hearing from a lot of folks outside the beltline:

Senate leaders outlined a new jobs plan Wednesday that would rebalance how the state spends millions in incentives money while dropping the overall tax rate paid by corporations.

The plan, backed by Senate leader Phil Berger, would especially limit how much incentives money could go to Wake, Durham and Mecklenburg counties. And in reducing the state’s corporate tax rate to 3 percent, it would mean about $500 million less in revenue to the state.

The proposal is in contrast to a jobs creation effort that has already cleared the state House and is backed by McCrory.

McCrory offered immediate criticism, saying the Senate proposal was “in strong disagreement” with his administration’s ideas and “frankly disappoints me.”

“It breaks the bank,” he said, and “divides” North Carolina.

[…] The differences set up a coming debate about the most effective way to grow jobs – all while McCrory’s administration argues that companies will look elsewhere if the state’s main incentives fund isn’t replenished soon.

The Senate’s plan would:

? Limit Wake, Mecklenburg and Durham counties to a formula tied to their percentage of the population. In effect, it would limit those counties to no more than about half of the state’s incentives money under today’s population figures.

Berger said 86 percent of the state’s main job creation incentives went to those three counties in 2013-2014. The Senate plan would provide more generous benefits in poorer counties, with reduced payouts to urban counties.

This a nice thought that probably plays well with the folks back home.  But there is a flaw to this plan that needs to be seriously considered by the honorables.  As an example, I have a friend who is an executive with a major international manufacturer that has had facilities in southeastern North Carolina for years.

.He tells me of one particular occasion where the home office wanted to make a serious investment in some new advanced technology for their southeastern North Carolina facilities. The problem?  My friend tells me it was a, um, “challenge” to find employees who had the education / competence to learn and properly operate the new technology.  (THAT certainly speaks to the caliber of public education in — at least — THAT part of our state.) As a result, the home office abandoned their investment plans in North Carolina and rededicated the investment to facilities in more metropolitan areas in another state.

I am still not impressed with baiting corporations with taxpayer money.  But there IS a reason many of the companies aim for more urban, more metropolitan areas to relocate. 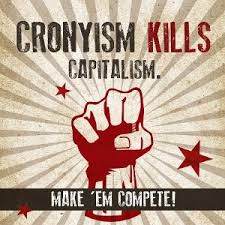 ? Carve out exceptions that allow for larger incentives packages for a “high-yield” project that creates at least 2,500 jobs. The state is actively courting auto manufacturing projects.

Um. NO.  Move to strike this section, Mr. Chairman.  MORE:

? Lower the state’s corporate income tax to 4 percent in 2016 and 3 percent in 2017 – eliminating an existing requirement that revenue targets must be reached before further cuts kick in. The state’s current rate is 5 percent.

? Shift to a corporate income taxing method known as single sales factor apportionment. It would calculate companies’ tax liability based entirely on sales – instead of also factoring in their payroll and property value. It’s effectively an additional corporate tax cut that favors companies with extensive property and payroll taxes in the state. Berger’s office said it would save companies $75 million.

We’ve got TWO very good ideas right there.  A lower, simplified tax code can be very attractive to corporations looking to relocate.  It can also inspire existing in-state employers to expand, or entrepreneurs already here to start something up.

? Use a separate bill to immediately shore up a depleted jobs creation incentives fund just as the McCrory administration says corporate decisions are being made about the location of several major manufacturing projects.

.Let’s compare all this to the House’s version:

[…] The House already has approved a bill that would increase funding for the state’s main jobs creation incentives fund, called the Job Development Investment Grant, by $22.5 million. The House would only apply the single sales factor to companies investing more than $1 billion, likely an auto manufacturer.

Berger says all businesses should get the benefit.

Coupled with the corporate rate cut, McCrory says the Senate plan would leave a budget hole. “It breaks a promise of last year on tax reform,” he said, referring to a pledge that cuts would be revenue neutral.

How about cutting some spending? In the real world, if revenue is down, spending gets cut.

Berger said his proposal would cost far less than what the governor projected. Berger issued a response Wednesday evening after McCrory’s statement, criticizing McCrory’s budget for including tax breaks that range from jet fuel to NASCAR.

“I’m trying to comprehend how the governor wants to spend $1 billion on new incentives, but considers it ‘breaking the bank’ to allow North Carolina taxpayers and job creators to keep about $500 million of their own money,” Berger said in a statement.

The Senate bill doesn’t include tax credits for jet fuel and technology data centers – two provisions of the House bill.