Some folks were seething inside a House GOP caucus meeting today.
What were the accelerants for all that burning — that fire?  I’m told there were two things: (1) the fact that the caucus had to learn about the “agreement” with the Senate on $30 million in film incentives FROM A PRESS RELEASE and (2) leadership’s continuing obsession with leaks to US and The Plotthound.

Tim Moore campaigned for speaker promising more openness and transparency.  He promised plenty of discussion on the issues with the caucus before action is taken.  More and more,  deals are being struck by Moore and his henchmen David Lewis and Nelson Dollar in the name of “the caucus.”   And the majority of the Republican majority in the House is having to, more and more, learn from the drive-by media what exactly it is they are on record agreeing to. 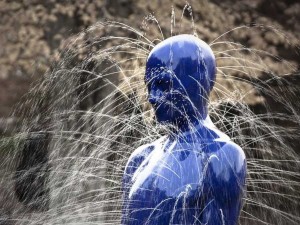 I am told — by more than one informed source — that there was some hot and heavy discussion between House Republican leaders and the rank and file today about “leaking of inside information.”

“They [leadership] are pissed.  They are fit to be tied.  They want to know who exactly is putting this information out there into the public view.  If Nelson, David and the boys ever catch who’s doing it. heads are going to roll.”

I’ve always said that — if you play straight and avoid shenanigans and monkey business, etc. — you really have nothing to hide.  You shouldn’t have to worry about leaks.  Especially when you are supposed to be representing the wishes of the people and taking care of business on their behalf.

It may also have something to do with the fact that, if you dare to cross Mr. Berger, Mr. Apodaca will ensure that you swim with the fishes.

I appreciate all of the insider info.  But, I have to ask all of these insiders griping about House Republican leaders — WHO GAVE THEM THIS POWER?

I say that you remind your leaders of this piece of wisdom Cliff Huxtable offers his son Theo here.

3 thoughts on “#ncga: Somebody call a plumber.”