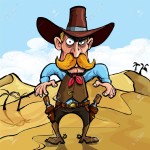 Peace on Earth?  Not on Jones Street.  We’ve got a major fight brewing and about to bubble over among Republicans in the General Assembly’s lower chamber.

Sources intimately familiar with the inner workings of the House Republican Caucus have been keeping us posted.  Apparently, there has been a lot of concern within the caucus about ethical issues publicly raised in regard to a number of key GOP House leaders.  (Let’s count them off:  Nelson Dollar, Jason Saine, David Lewis, Tim Moore, Kelly Hastings.  Am I missing anybody?)

My sources tell me that, on Friday, a significant number of Republican House members sent Speaker Tim Moore a letter demanding action from the speaker on alleged ethical lapses among members of the caucus leadership.  The letter, in essence, said they’d like to handle these matters quietly and internally (with the speaker’s help and guidance of course).  A deadline of Monday was offered up.  If Moore did not react by Monday, the signatories pledged to take their concerns public.

Well, here we are on Tuesday evening.  And there has been no word from — or sight of — Tim Moore. 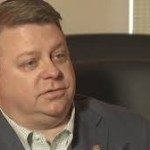 The next step?  I am told a formal ethics complaint — endorsed by a significant number of Republican caucus members — will be filed against Rep. David Lewis.   I am also told that a vote of NO CONFIDENCE against the speaker, prior to the end of the year, is seriously being considered.

One particular House GOP caucus member summed up their frustrations to me:

“We’re looking for some leadership here.  We told the voters we were going to be different.  Yet, we have the speaker and his buddies apparently thumbing their noses at ethics in general.  We asked for a serious discussion and some serious action on all of these episodes.  Instead, we get silence from the speaker’s office and a whole lot of exaggerations, lies and not-so-veiled threats from David Lewis.

I think David coming after Mike Hager is ridiculous.  Hager wants what the rest of us want — ethical, honest conduct of the people’s business.  It’s not about David Lewis or Tim Moore. It’s about the integrity of the House and North Carolina Republicans.  If Mike Hager wants to provide some leadership on ethics and good government, a whole lot of us are ready to follow him.”

7 thoughts on “#ncga: Showdown at the Jones Street corral”