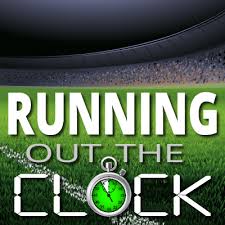 I had an interesting talk today with someone who has floor privileges in the legislative building to go along with his flashy job title.  We talked about the passion being exhibited by grassroots activists to get House Bill 1061 passed into state law.

My source tells me that the powers-that-be on Blount Street, at NCGOP HQ, and in the House chamber are pushing the theme that any and all controversy should be avoided in order to help grease the skids and ensure smooth sailing for Thom Tillis in November.  Part of that strategy involves avoiding debate and discussion on subjects like killing Common Core.  The powers-that-be DO NOT want to hand Kay Hagan a new issue to pound Speaker Thom on in the Senate race, according to my source.

My source says Republican honorables on Jones Street are being hit with immense pressure from the governor’s office and state party headquarters about the “importance” of not rocking the boat during the short session and providing fodder for the general election campaign. THAT includes avoiding any efforts to chip away at Common Core.  (Gov. Pat AND his education advisors are pretty big fans of Common Core, by the way.) 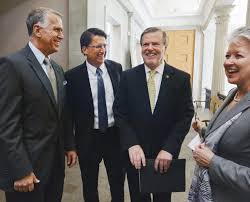 Why is Tillis holding on to his House seat and the speaker’s job?  It’s already come out that he will be missing much of this week’s action on Jones Street so that he can hit the DC fundraising circuit.  He’s not representing his current constituents.  He’s not running the House.  He’s not leading the House Republican Caucus.  He is holding the state government reform agenda hostage to his selfish political ambitions.

The only reason I can think he’s still hanging around is to maintain leverage over potential donors and fellow legislators.  But what good is that — now that he is the GOP nominee?  Karl Rove and the NRSC have the fundraising game covered for him NOW.

Waiting until next year’s session — after Tillis is gone — to try and kill Common Core will be pointless. Just like piddling around while ObamaCare gets implemented — it won’t take long for the bureaucratic monstrosity to take root and become nearly impossible to kill off.

Frustrated conservatives in the state Senate should use Tillis’ role as Senate nominee, and the national media scrutiny that goes with it, to their advantage. They should ram through legislation repealing Common Core and drop it in Thom and Skip’s lap.  Will Speaker Thom — desiring enthusiastic support in the November vote — have the cojones to put the kibosh on that Senate effort?

18 thoughts on “#NCGA: Protecting Tillis. Running out the clock. Blowing a great opportunity.”