*Uncle Timmy wants you to eat your vegetables.*

It really is a shame that, in an overwhelmingly Republican chamber, you get run over and beat down for daring to question subsidies for small businesses.  But THAT is where we are:

A group of House Republicans tried unsuccessfully to kill a proposed $300,000 program to put fresh fruits and vegetables in convenience stores located in “food deserts.”

The program was approved by the House last year but wasn’t allotted funding until this year’s budget proposal. It would provide $6,000 grants to install refrigerators in convenience stores serving communities that don’t have access to grocery stores.

“North Carolina is the 21st obese state in our nation and is rising,” said Rep. Greg Murphy, a Greenville Republican who’s also a doctor. “What we’re doing is we’re trying to change behavior. This is a very small price to pay to get people on a healthy track.”[…]

[…] But Rep. Michael Speciale, a New Bern Republican, sought to remove the program from this year’s House budget proposal. His amendment would instead direct the $300,000 to rural economic development grants. “Not many people go to convenience stores to buy fruits and vegetables,” Speciale said. “We go there to buy honey buns and Cokes.”[…]

Speciale is HALF RIGHT here.  Why even spend this money AT ALL?  MORE: 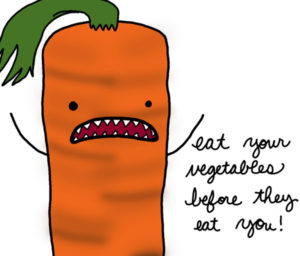 […] Several other Republicans also said the produce program isn’t an appropriate use of government funding.

“It’s shades of Michael Bloomberg,” said Rep. Larry Pittman of Concord, referring to the former New York mayor who tried to ban large sodas. “I don’t think we need to be interfering with people’s personal choices. I think it’s a misappropriation of taxpayer funding and trying to be a nanny state.”

Rep. Gary Pendleton, a Raleigh Republican, said a Northampton County town recently lost its grocery store and residents there struggle to get to the nearest store.

“I really think those people ought to be able to eat decent food,” Pendleton said. “How are they going to go 11 miles to a grocery store?”

Speciale said he’s skeptical that the program will work. “If people were willing to buy this stuff, it would already be in convenience stores,” he said, adding that when stores do offer fruits, “they’re sitting there rotting.”

Speciale’s effort to kill the program failed in a 19-46 vote of the House Appropriations Committee. It will remain in the House budget bill that will get a final vote later this week.

There are a number of REASONS these stores aren’t selling fresh vegetables.  Who is going to pay to deliver a half-crate of vegetables to a convenience store in BFE, NC?  Also, these busi

nesses — like many others — are based on supply-and-demand. The owners have limited space to store inventory.  It’s important that they load up on what is in demand.  Apparently, people aren’t beating down the door of Kangaroo stores to get some lettuce with their gas fill-ups.   Also, vegetables have a much more limited shelf life than, say, a bag of chips or a candy bar.  Grocery stores have a higher customer volume and more resources to handle vegetables. What sells in a week at a grocery store may not get sold in a month at a convenience store.  You’re going to be throwing out a lot of produce.

There are other good reasons why many localities don’t have a decent grocery store.  One legislator passed on this story to me:

“I had  a grocery chain rep tell me he’d love to locate a store in a certain city in my district.  But he said the local privilege taxes coupled with the shoplifting and strong-arm robbery rates made it too expensive and too risky to do business there.”

Pitttman is soooooo right.  The same Republicans who laughed at Michael Bloomberg for banning sodas are now on record favoring subsidies for convenience stores to peddle vegetables that their customers AREN’T demanding.

I know some of these yo-yos are afraid of getting hit with negative ads at election time claiming they are in favor of people (mostly poor and minority) getting fat and dying of all kinds of diseases.  But NOBODY is making anyone go to the Kangaroo and buy those HoHos and Sun-Dos. 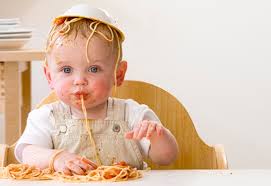 If you’ve got something people want, they WILL find a way to go get it.  And rarely do they really need government’s help.