After considering all that, take a look at what we found on Twitter: 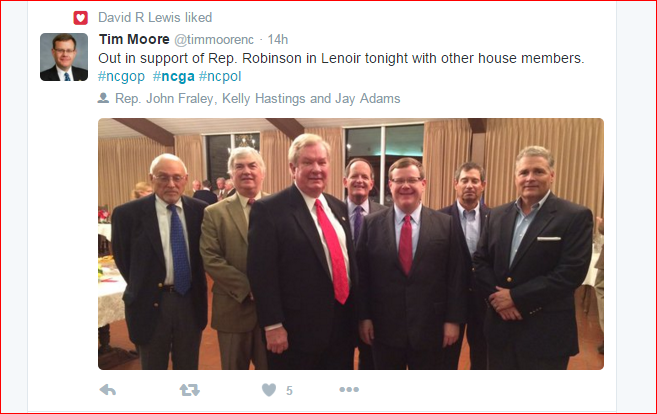 Hmmm.  George Robinson was appointed in February to fill this seat that had been held by Edgar Starnes (who left for a sweet job in state government).  He actually hasn’t yet faced 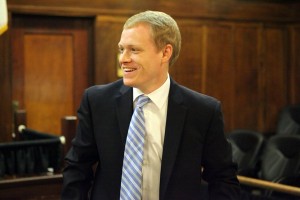 the voters.  This photo was taken December 3rd.  According to media reports, Destin Hall filed as a primary opponent to Robinson on December 1.  (As a matter of fact, local media broke the story about Hall’s nascent primary campaign in October.)  So, this crew in this photo KNEW they were sticking their noses into a primary contest for a state House seat.