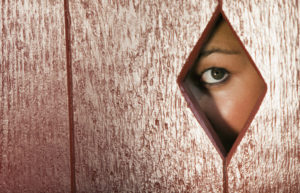 The word I am hearing — from folks inside the joint House-Senate GOP confab with the governor — is about dramatic contrasts.  Gov. McCrory and the House leadership were passionately arguing for changes to HB2.  Senators, on the other hand, sat there coldly, but respectfully, and listened to the governor.

A revised draft compromise — heavily influenced by Skip Stam — has been sent back out among the GOP honorables. Early reports on the sellout indicate that the move was being heavily influenced by the NBA.   Seriously smoking hot scuttlebutt around the legislative building says a major Jones Street player close to GOP House leadership is in line for a job in the NBA front office.  (I swear, if this whole sellout is rooted in furthering a political weasel’s career ambitions … )

I am told this is going to be sold as “no big deal,” ”no major changes to the original bill.”  But after months of standing firm on the concept of boys in the boys locker room and girls in the girls locker room, the Jones Street GOP is now moving toward codifying the concept of gender interchangeability.

I can see Roy Cooper now — firing up all of that videotape of McCrory passionately defending HB2 on TV, and then showing video of hizzoner announcing this sellout.

21 thoughts on “#ncga: Meanwhile, Inside the caucus room …”