The tap-dancing, twinkletoed gruppenfuhrer of the Pope Foundation has leveled some huge disrespect toward one of the best-liked, most-respected conservatives in state politics.

We’ve been keeping our eyes peeled, and our ears to the ground regarding the on-goings at the John Locke Foundation, Civitas, and the J.W. Pope Foundation.  We’ve heard for some time that sugar-daddy Art Pope has issued a decree that anything he funds will now walk the GOPe line.  And he’s elevated John Hood to ensure his diktat is enacted.

Content produced by all Pope-subsidized entities has been censored and sanitized to ensure Gov. McCrory and his crew come out smelling like roses.  The censorship and crackdown at The Carolina Plotthound first brought our attention to this. We noticed our stuff was getting linked to less and less.  Then, we started getting omitted completely. Word got to us that little man Hood — on orders from his sugar daddy — had ordered our banishment from the site  (which, by the way, is owned, operated, and funded by Civitas). 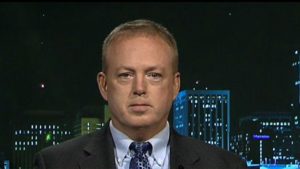 Paul Chesser was the brains behind the launch and success of The Plotthound.  He was the biggest reason it plowed its way to the top of the Carolinas conservative blogosphere. But Paul, like me, was never a “team player.”  He’s a conservative first.  Like me, he’s ready and willing to hit Republicans when they forget where they came from.

That mindset has not set well with Uncle Art and his young majordomo.  Inside sources tell me Hood had Chesser train some other Civitas employees on how to operate the Plotthound website, and then sent him packing.

Well, rest assured, the Plotthound will soon sink to the levels of mediocrity, tedium, and unreadability where so much of the other existing Locke and Civitas publications now reside.

Meanwhile, Locke and Civitas are lagging in the cash department.  An awful lot of folks in both shops are eyeing either retirement or a jump to a much better, more stable, more

Art Pope and John Hood have decided to worship at the feet of Pat McCrory and the NCGOPe.  While so many of us persevere to carry on the fight for honest and limited government.

9 thoughts on “The Hood reign of terror claims a scalp”