It’s really amazing.  The same crowd that cheers Bernie Sanders, Barack Obama, and Hillary Clinton for railing against the high cost of college and wanting to either (a) partially subsidize it or (b) make it free are throwing some serious shade at MISTER Apodaca™:

A North Carolina lawmaker who proposed to slash tuition to just $500 a semester at five public universities that serve mostly blacks, American Indians and the poor announced Wednesday that he is scaling back on the bill after running into mistrust so fierce he was branded a racist.

Republican Sen. Tom Apodaca said he plans to drop the three historically black colleges from the bill. Apodaca is Hispanic.

The move came after North Carolina’s NAACP called the proposed tuition cut a back-door attempt to drive the black schools into bankruptcy.[…]

The cost of college is crushing families all over the country.  Young people are starting off in life deep in debt.  You’d figure lefties would LOVE this.  All five schools — Western Carolina, UNCP, Elizabeth City State, Fayetteville State, and Winston-Salem State — are suffering with enrollment issues.  Supporters of the tuition cut had hoped lowering the tuition costs would help increase the number of attendees at those campuses.  After all, in capitalism, lower prices tend to draw more consumers.  (Though, we might need to remind those folks at the NCGOP who hollered at Hasan Harnett about cutting convention registration fees about that point.  It sounds like THEY might have been in the same remedial math and economics classes as the lefties hollering about this.)

The insinuations of racism really appeared to hurt the feelings of one Mr. Thomas Apodaca, an oh-so-sensitive fellow from western North Carolina:

[…] “I’ve never tried to help people in my life and be treated so poorly,” he said.

Supporters say the bill would attract more students to colleges struggling with enrollment and finances, but critics argue it will lead to the ultimate demise of historically black schools like Winston-Salem State, Elizabeth City State, and Fayetteville State by lowering the value of an education there.

The North Carolina NAACP called the bill an attempt to put historically black schools out of business.

“This bill attacks people of color directly. The goal is clear: disperse these centers of cultural, intellectual, and political power, and disrupt the mission of HBCUs by bankrupting them,” said North Carolina NAACP President Reverend William Barber.[…]

Attacking “people of color” by making college cheaper?  That jheri-curl concoction appears to have seeped inside The Round Rev’s cranium and done some re

[…] The bill cleared a senate committee last week after lawmakers added that the state will spend $70 million to help the universities cover the revenue loss. But despite the $70 million to cover the lost tuition money, the NAACP argues there’s no guarantee future lawmakers would continue that funding.

Speaking with ABC11 Wednesday, Senator Apodaca said the critics have it all wrong.

“We want the universities to be healthy and to thrive and they’re not right now,” he said.

And Apodaca said what makes the criticism especially bewildering is he’s a graduate of Western Carolina – one of the schools on the list. 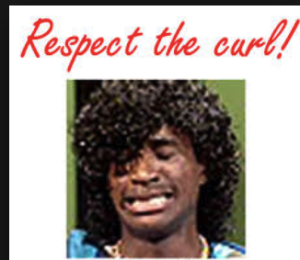 “We’re trying to help them survive and what really upsets me is my alma mater is in this bill and I would do nothing to hurt my alma mater. I met my wife there. My two children graduated from there. So I’m extending this across the state geographically, but I’m to the point now that if perhaps they don’t want to be in this bill I’ll be willing to take them out,”

So now Senator Apodaca is considering amending his bill to take the other schools out.

“We can certainly spend that $70 million somewhere else,” he offered.[…]

Soooooo — it’s the state’s job to prop up these flailing, failing remnants of the segregation era? (We’re told by this same crowd we need to get rid of stuff like the Confederate battle flag because of its ties to, you know, slavery and segregation.) 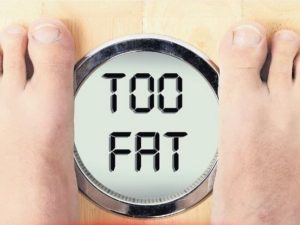 There’s something in economics called creative destruction.  Making serious change in reaction to the changing times.  Like ditching vinyl and CDs for iTunes and Spotify.  UNCG started off as a girl’s school.  As time changed, more campuses integrated the genders and races, it became tough to operate with such a limited market and clientele.  They had to admit men.

Meredith College and Peace College have also gone the same route.  The drivebys are moaning about allegedly mostly-Native American UNCP.  On that campus, white students are the majority.  They couldn’t possibly keep their doors open anymore catering exclusively to Indians.  There are a lot more options out there these days for Native American kids seeking a college education.

The so-called HBCUs are going to have to suck it up and head down the same road.  They are apparently not offering the caliber of what is being offered in Durham, Chapel Hill, Raleigh and Charlotte.

Cutting tuition will make them a more attractive option to students in trying economic times. Campuses can respond by buckling down on their operating costs.  A faculty loaded with six-figure paycheck earners teaching one class a quarter — if that — doesn’t cut it.  It’s a slap in the face to the people

who bust their butts working to save money to pay their kids’ tuition.  Shut down those Afro-American studies scams — like the one at UNC-Chapel Hill — and the women’s studies and LGBT studies programs.  Those are basically welfare programs for activists who want to play professor part-time  while making mischief full-time against the folks who actually fund their salaries. What kind of job will your women’s studies degree get you?  It will help your boy meet a lot of hot girls during his undegrad time, but there’s no work, outside of the community activist – SJW hemisphere for those folks.

The Round Rev really screwed the pooch on this one.  Of course, he’s not really about helping folks. Just like with HB2, this is all about sticking it to THE MAN. (You know, THE MAN who also happens to be registered Republican. And paying the bills.)