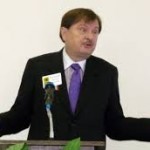 Here are two examples.  Senator Fletcher Hartsell (R-Cabarrus) has been the subject of a state elections board inquiry, and has been handed off to a prosecutor for further review.  if you go to his campaign report on the state board of elections web site, you’ll see him paying money to “Capitol Communications” in Granite Falls for “Rent-Oberlin.”

arrangement, we’re told, recently was dissolved.)  Further review of Hartsell’s report reveals payments for cable service and electricity for “Oberlin” — also the Shumaker property.  For what it’s worth, Shumaker DOES advertise himself as an expert in “government relations” (A/K/A lobbying).

It’s one thing to rent an apartment while in Raleigh for legislative business. It’s another to try and disguise it as a legitimate campaign expense.

Let’s look at the report of senator Jerry Tillman, the majority whip in the General Assembly’s upper chamber.  Tillman’s district is centered mainly on Randolph and Moore Counties.  Yet, his campaign report identifies regular rent payments for a “campaign office” in RALEIGH.    Specifically, the location of said “campaign office” is Blackwolf Run Townhomes at 5448 Grand Traverse Drive in Raleigh.

Google tells us that Black Wolf Run has two pools, an athletic club, a golf course, and an on-site staff.  Tillman’s report shows rental payments for the campaign office during months and years outside of campaign season.

Both of these guys take campaign contributions from individuals AND lobbyists.  So, those folks are basically paying for these housing arrangements.