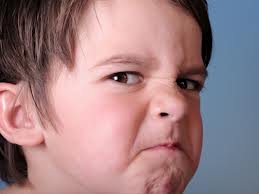 At first, legislative leaders — led by Rep. David Lewis — were cheerleading hard for moving North Carolina’s presidential primary from May to March.  The move, he and his allies explained, would be an economic boost to North Carolina — bringing in all kinds of money – -and make the state more of a player in the process of choosing the next president.  Typically, the presidential race has been pretty much decided by the time our primary date rolls around.

So, the plan WAS to have the presidential vote in March and all others in May.  However, this week, the idea was floated on Jones Street to move ALL of the primary races to March.  Why the change? They weren’t worried about the cost of two elections just a

Insiders have fed a theory to us that we tend to buy into.  The establishment senses the seething anger out there.  They realize a separate primary in May would be more likely to draw out committed, grassroots candidates than low-info voters.  LIVs are key to providing job security for unprincipled finger-in-the-wind establishment types.

The presidential race is surely to have coattails that will help some politicos that would likely have been taken out in a separate primary dominated by angry grassroots voters. It’s amazing. They could respond to voter anger by behaving themselves and doing what’s right.  But, as usual, the establishment responds by tinkering with the process itself.

5 thoughts on “#ncga: Changing their tune on primary date. (Hearing footsteps? Smelling the smoke of the mob’s torches?)”