We told you earlier about the resignation of a Moore County GOP official over state senator Tom McInnis.  The official is not just leaving his party office, according to the local paper in Moore County, but is also leaving the party itself:

[…] In the latest development of turmoil among local Republicans still upset, longtime Republican leader Bob Zschoche has resigned as president of the Moore County Republican Men’s Club over its decision to provide financial support to McInnis.

He also confirmed Thursday morning that he plans switch his party affiliation from Republican to unaffiliated.

McInnis and Lexo competed in the May Republican primary for the right to compete against Mills, who had no primary opponent.[… 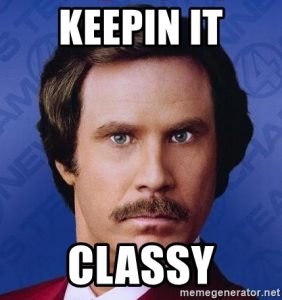 “I’m not going to dignify his ignorant comments with a response,” McInnis said. “The primary was held on May 8. The nominee for state Senate was elected by the voters decisively. It is time for the sore losers to let it go.” […]

Wow.  *Such brilliant party unity skills on display right in front of the election.*

But, the old man may be on to something. There probably are plenty of sheep out there who will mindlessly vote for McInnis and his soulmate Bob Steinburg despite their nasty tactics against other Republicans.