Guys, we need to get together for an intervention.  Senator Jeff Tarte is making our gender look really, really bad. Most men would be flattered to have an attractive young woman seeking to talk with them.  But not ol’ Jeff.  He calls the cops.

Remember a while back when he flipped out at the very sight of single mother Nicole Revels and her child in his office?  The senator went into panic mode and called for security to escort Nicole and her kid out of the legislative building.  Well, the two had a bit of a reunion of sorts on Facebook: 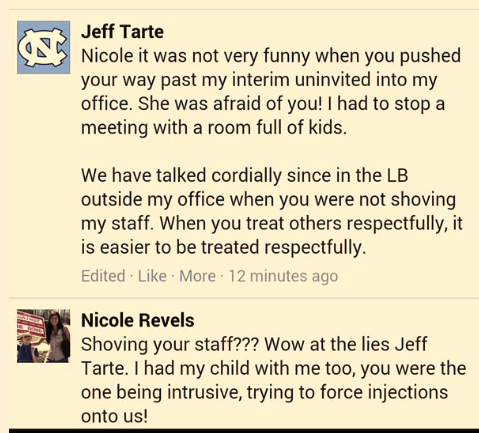 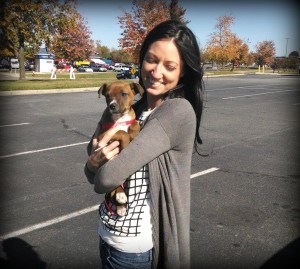 Here is the video of the incident Tarte is referring to.  I don’t know about you, but I can’t see any shoving or disrespect on Nicole’s part.  I DO see the Mecklenburg senator melting down at the sight of this young woman in his office.

Many of you may have gotten to know Nicole and her son from their tireless efforts traveling the state to campaign against the ConnectNC bond.  It’s amusing, to say the least, to see this senator apoplectic about a young woman who won over a lot of fans for her poise and professionalism in defending the anti-ConnectNC position.