I swear these people on Jones Street have lost their freaking minds.

Thanks to my dad’s job, my family moved all over the country and the world.  One of our international stops was South Korea.  In order for my parents to operate a personal family vehicle on Korean roads, they had to take a Korean government test to prove they understood Korean traffic laws.   If it’s good enough for South Korea, it ought to be good enough for North Carolina, right?  Think again:

The committee was voting on House Bill 660, which would allow the state’s commissioner of motor vehicles to make agreements with foreign countries to allow the use of foreign driver’s licenses in North Carolina. The bill was filed following a request from the government of Taiwan.[…] 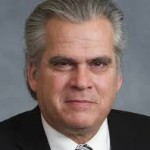 This is a bad idea for soooooooo many reasons.  For starters, SOME countries drive on the left side of the road.  Wouldn’t it be nice to give those folks a test so that they can prove they know we do things different here in North Carolina?  MORE:

Legislative rules allow the chair presiding over the committee to hold voice votes — in which legislators call out “aye” votes in unison, and then “no” votes in unison. Individual committee members can call for a show of hands, which results in a specific vote count. If they don’t, the chair determines which side won the vote.

Torbett, a Gaston County Republican, announced that the bill had a majority of support to pass the committee. A reporter in the room heard a much louder group of “no” votes than “aye” votes.

Rep. George Cleveland, a Jacksonville Republican, immediately called for a formal vote count, but Torbett said the request came too late and moved on to the next bill. 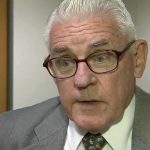 Torbett defended his decision after the meeting. “It was like a gathering of angels shouting ‘aye,’” he told a reporter with a smile.

*What an arrogant, smug SOB.*

I call SHENANIGANS.  This smells BAD.  Corrupt.  (*Somebody got paid right here.*)  MORE:

Cleveland opposed the bill, arguing that states don’t have authority to make agreements with foreign countries. “The validity of the state doing this, I think, is in violation of federal law,” he said.

*Absolutely.*   (Of course, Rep. Dobson is out there traveling internationally on “legislative business.”  Maybe these people DO think they run foreign policy.) MORE:

[…]Rep. James Boles, a Southern Pines Republican, said several other southern states already have similar agreements with Taiwan. Current state law allows visitors from other states and countries to use their driver’s licenses here, but they must obtain a North Carolina license if they live here.[…]

*Look at Jamie Boles apologizing for and defending this nonsense.* 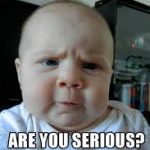 How long do you have to stay here to count as “living here”? I think the rule for most US citizens is that they must switch their licenses and plates 30 days after relocating to a new state.  But how do you enforce that with foreign nationals?   Folks who are not yet citizens?  (Our laws don’t apply to them.)

I can see allowing licenses from other states.  Traffic laws are so similar — so uniform, for the most part — when you go from state to state.  But between nations?  (Remember the whole driving on the left side of the road thing?)     Oh, and when I was in Korea, the law stated that you go straight to jail if you are at fault in a traffic accident.  People were fleeing the scenes of accidents all the time.

A representative of the Division of Motor Vehicles said the agency has “concerns” about the bill.