Incoming House majority leader Mike Hager is trying to open up the decision making process in the General Assembly’s lower chamber.  Typically, the big decisions in that chamber have been made behind closed doors by the speaker and a handful of close advisers and legislative allies. Some of the chamber’s longer-serving members — including some close allies of former speaker Thom Tillis — are not exactly thrilled with Hager’s idea.

One House insider filled us in: 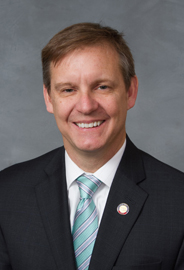 ”Hager’s point is pretty simple.  There are 70-plus members of the Republican caucus who got elected by their consituents to come up here and make decisions and represent them. What we’ve had is a handful of folks making the decisions for everybody, and a bunch of others sitting around in the dark, twiddling their thumbs and waiting for marching orders.  Hager wants to ensure that the House’s direction and caucus’s strategy includes decisions reached by the caucus as a whole. He wants to make sure a broad spectrum of voices is heard — that everybody who wants to toss in their two cents gets to.  Some people are hollering about that, saying ‘We need to empower our speaker.’  Hager is not talking about stripping the speaker of power.  He’s talking about creating a real sense of teamwork and transparency.  I don’t see how that is a bad thing.”

My source tells me this move was spawned from frustration with the SOP of the Tillis era in the House.  There reportedly wasn’t much discussion outside of the upper echelon of leadership.  My source tells me that House members were regularly misled about the tone and tenor and content of discussions between the House and Senate.