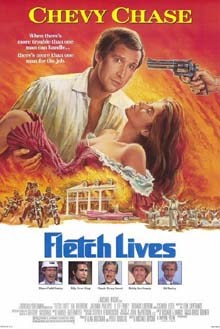 Political consultant do a lot of things for their clients.  Not many play landlord for them.

We’ve been following the unusual case of state senator Fletcher Hartsell (RINO-Cabarrus) — such a good Republican that he got committee chairmanships under Democrat majorities.   It took two and a half years, but the state board of elections has finally acted on the allegations against the Cabarrus County pol — sending them to a prosecutor.  (*And we’re SURE the delay had nothing to do with the senator’s close relations with Thom Tillis and Pat McCrory or his attorney Roger Knight’s close relationship with state BOE director Kim Strach’s husband. *)

Apparently, some folks at the elections board believe there is some stuff on Hartsell’s campaign reports that really and truly shouldn’t be paid for with campaign funds.  The state board released only a summary of their findings to the public.(*Again, we’re SURE this had nothing to do with the senator’s close relations with Thom Tillis and Pat McCrory or his attorney Roger Knight’s close relationship with state BOE director Kim Strach’s husband. *)

Being the helpful souls we are, we thought we’d do a little digging beyond what the state board publicly released.   if you go back to 2012 in Hartsell’s reports, you’ll see that he used campaign funds to rent something from Capitol Communications of Granite Falls, North Carolina.  (To the politically-uninitiated, THAT is Mr. Paul Shumaker, uber-consultant.  The solar energy king, himself.)

Are these accommodations to stay in while the legislature is in session?  Hartsell lives in Cabarrus County.  It’s likely he’d have a primary residence there.  It would be unusual to pay rent for something like that with campaign funds, since the taxpayers kick in a yearly salary of $13,951, in addition to a per diem, to each and every legislator to cover those types of expenses.

Let’s look at some 2014 reports to see if we can get some clarification.  There, we find more rent payments to Capitol Communications for rent with the notation “Oberlin.”   (FYI — there IS an Oberlin Road in Raleigh.) On that same finance report, we find notations for payments to Duke Energy for “Power-Oberlin.”   There are also payments to Time Warner for “telephone / internet.”

We could find notations of rent payments  from the Hartsell campaign to Capitol Communications for “Oberlin” totaling $19,684 going back to September 2012.

Stay tuned, folks.  We have a feeling this is only going to get, um, better.