We wrote some time back about new regulations for unmanned drone aircraft passing the legislature by being inserted into the final draft of the state budget.   A drone company CEO — being wooed to relocate in the Greensboro area — boasts on his LinkedIn profile that he helped write the new rules that were quickly and quietly rammed through the General Assembly.

The Winston-Salem Journal is finding that some legislators might be a little sketchy about exactly what they approved regarding drones:

[…] Imagine: You’re having an open-invitation BBQ in your own backyard. Friends can bring friends. Anyone can come. Thanks to newly enacted legislation, local and state law enforcement agencies are allowed to show up, too, without a warrant, to spy on you with drones.

So bring chips. But don’t bring expectations of privacy just because you’re on private property.

Local and state law enforcement agencies don’t have drones yet. But they will soon. When that time comes, legislation passed in August by the N.C. General Assembly will allow city police, county sheriffs and state law enforcement agencies to use drones to take photographs of open-invitations gatherings without obtaining a warrant, even if the gathering is on private property, according to a legislative staff attorney.

At issue is legislation on the use of unmanned aircraft systems – drones – that lists several restrictions aimed at safeguarding privacy but also lists several exceptions for local and state law enforcement agencies. Through Dec. 31, 2015, all they would need is permission from the state Chief Information Officer’s Office to use or procure a drone.

One exception allows law enforcement agencies to use drones without a warrant: “To photograph gatherings to which the general public is invited on public or private land.”

Susan L. Sitze, a staff attorney at the state General Assembly’s Research Division, confirmed that law enforcement agencies are not required to get a search warrant to snoop on open-invitation backyard BBQs.

And it doesn’t have to be a BBQ. It could be other sorts of open gatherings on private property. You could be attending a Moral Monday planning session at a friend’s house – or if you like, attending a conservative Tea Party gathering.

“If the event, be it BBQ or Tea Party event, is open to the general public, i.e., anyone can attend, then law enforcement can use a drone to observe the event and take photos without a warrant,” Sitze said in an email, responding to a state lawmaker seeking clarification of the law.

Responses from lawmakers varied widely on the impact that the drone legislation would have on a person’s right to privacy on his or her own land.

Rep. Sarah Stevens, a Mount Airy Republican, tried to downplay suggestions that the backyard BBQ scenario might be considered an invasion of privacy.

Rep. Donny Lambeth, a Winston-Salem Republican, was traveling. He had to check with aides to understand better what the legislation actually said.

One lawmaker said that she would not support any such Big Brother scenario, much less vote for legislation that would allow it. Any reading of the legislation that would allow such a thing must be incorrect, she said. Sen. Joyce Krawiec, a Kernersville Republican, said that law enforcement agencies would need to get a warrant first. And to get the warrant, law enforcement agencies would have to show reasonable cause, or suspicion of a crime, she said.

“This is not accurate,” she said, referring to the backyard BBQ scenario. “I would never support such a bill.”

In the end, Krawiec, Lambeth and Stevens did vote for the legislation.

“So if (there are) any unintended consequences, that can get fixed in the long session,” Lambeth said.

Sitze’s explanation of the law was sent last week in an email to Stevens, who had asked for clarification when the BBQ scenario was brought up. As one of the sponsors of the legislation, Stevens said that privacy concerns were discussed at length during committee meetings. Much of the “battle” was over expectations of privacy, she said.

“If you’ve invited the general public, then you’ve lost that expectation of privacy,” Stevens said.

The drone legislation was never the subject of a debate in the House or Senate.

The standalone drone bill – House bill 1099 – passed unanimously in the second hour of a marathon four-hour session in the House in June. Next, it died in the Senate before appearing in August, not as a standalone bill but as a section of the lengthy $21 billion budget bill, which contained more pressing items, such spending on education, Medicaid and roads, for example.

In other words, the final vote in the House and Senate was really about the budget, not the drone legislation.

They may have wanted to let law enforcement agencies use a drone to guard against a security risk, to watch over large gatherings of the general public at, say, a privately owned baseball stadium – where there is little expectation of privacy. In the end, however, the legislation is not clear enough, she said. “General public” is not defined. It could mean five people in someone’s ba 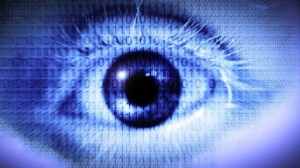 ckyard. It could mean 5,000 people at a baseball game.

“It’s so broad and unclear,” Preston said. “This could have a real chilling effect.”

Drones are already here. Hobbyists can use them if they don’t get paid. A photographer, for example, is not allowed to use a drone to get overhead shots of a wedding and then charge for them.

[… P]eeping Tom laws prohibiting people from looking into a person’s home still prohibit them from doing so with a drone and camera, said Rep. John Torbett, a Gaston County Republican and primary sponsor of the legislation.

“We did, however, call out a few specifics such as hunting, fishing and weaponizing as being strictly prohibited,” Torbett said.

Asked what he thought about the exception allowing law enforcement agencies to photograph gatherings of open-invitation backyard BBQs, Torbett offered a broad response in an email.

“Specifically addressing Law Enforcement, we … approached it from the same perspective that if it is legal for Law Enforcement to do ‘something’ with a manned air vehicle, then of course it is legal to do that ‘something’ with a UAV (unmanned aircraft vehicle), adding, that if a warrant is needed for specific activity, then a warrant is still needed if they use a UAV as an additional tool to conduct that activity.

“Just because Law Enforcement may choose to operate a UAV, that does not exempt them from any current law or civil liberty. The UAV becomes just another tool,” Torbett said.

It appears, however, that there may be some differences between what the drone legislation allows and what previous laws allowed before the UAS legislation was passed.

According to a slide presentation given by Sitze in January to a legislative committee on drones, she said law enforcement was allowed to do certain things when it comes to surveillance:

With aircraft, surveillance is generally permitted over open fields with unaided vision, but the use of zooming lenses or other equipment to improve vision may require a search warrant.

Silent video surveillance with no interception of oral communication is OK, as long as a person has no expectation of privacy. Otherwise, a search warrant is needed, she said.

In many cases, drones will allow most local law enforcement agencies to spy like never before.

Few agencies have helicopters or small aircraft with which to shoot photographs of the general public, even on public property. According to Preston, there is a big difference between sending up a tiny, quiet drone and sending up a helicopter. At least with a helicopter, people would know they’re being watched.

“With a drone, you may not even notice it,” Preston said.

Torbett said he was open to clarifying the legislation.

Asked by email whether he and other supporters of the drone legislation “espouse the notion that people should not have an expectation of privacy when having an open-invitation gathering at their home — when having, for example, a backyard barbecue to which anyone is invited,” Torbett said: “They could do no more with a UAV (unmanned aerial vehicle) then they can do with a helo (helicopter) or Cessna. … If folks feel we need additional language next session, then we can always adjust for absolute clarity.”