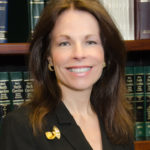 The N&O’s “Genitalia” Campbell led the reporting team breathlessly reporting on “the first Republican” to call for the repeal of House Bill 2.  What their story downplays, omits, leaves out is that senator Tamara Barringer (R-Cary) is down — according to key sources on Jones Street — “more than ten points” to her Democrat opponent for November.  My sources tell me that she, and her seat, have already been written off as “a lost cause.”

Barringer was a key, vocal supporter of HB2 when it first went through the Senate.  Her 180 this close to the November vote clearly indicates principles are a distant second to saving her derrière AND her political career.

Barringer, along with uber-consultant Paul Shumaker, and former state Reps. Richard Morgan and David Miner, were key figures in 2003-2004’s “Republican Main Street” PAC, which sought to protect and elevate Republican liberals at the expense of conservatives.

This move will temporarily make Barringer useful to the leftist BluePrinters trying to “eviscerate” the Republican power structure in North Carolina.  She’ll be portrayed in the drive by media as heroic.  But, really, what’s so heroic about taking both sides of an issue and talking out of both sides of your mouth?

18 thoughts on “#ncga: Down BIG in the polls, Barringer throws HB2, her party under the bus”