State Rep. David Lewis has had a bumpy holiday season. He’s had an ethic complaint filed against him by a fellow Republican legislator. He’s been the focus of two stories alleging pay-to-play style activities.

Despite the similarities in the two ethics allegations, Lewis and his allies are dismissing them as bookkeeping errors and simply constituent service.  (Never mind big campaign contributions came to Lewis from those ”constituents” in close proximity to his specific legislative maneuvering.)

Well, if you talk to  folks in Lewis’s home county, these Raleigh allegations against Lewis are nothing new.  Here’s then-Harnett County commissioner Gary House (R) in 2014:

[…].As time went on, NC House Representative David Lewis started putting pressure on Commissioner Burgin to change the way the $500 recreation fees were charged to the developers in the county.  I clearly remember on several occasions Commissioner Burgin telling me that if David Lewis wants the rec fees changed, he needs to do it in Raleigh and not ask the county board to do it.
Representative Lewis also telephoned and emailed the planning department on numerous occasions in an attempt to persuade them to change our ordinance.  From what I have been told, he even went as far as re-writing our ordinance for us.  In my eight years on the board, I have never known Representative Lewis to become so involved in any county issue.

Hmmm.  The Rules chairman in the North Carolina House neck-deep in the middle of rewriting a county ordinance?  What’s up here?  (Keep Reading:) 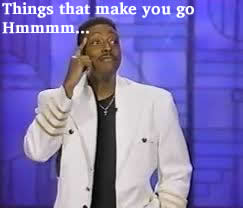 Sound familiar to you folks who have tried to understand and react to some of this stuff coming out of Rules this past session? MORE:

After listening to the arguments and not wanting to make a rash decision, I made a motion to table the issue so that I could study the impact on the county.
The next day I called Representative Lewis and asked if he would meet with me to explain the rec fee issue since he had been so heavily involved in it.  He jumped at the opportunity and appeared at my office two days later.  We met for 50 minutes and, quite frankly, he had no good argument that making changes in or eliminating the rec fees was in the county’s best interest.  As he was leaving he said that he wanted to come back and talk about capacity fees in our utilities plants.  He never came back to discuss that issue.
The rec fee issue stayed on the table until the 100 day time lapsed.

Recreation fees are assessed when a lot is recorded in Harnett County.  They are $500 per lot and are used to purchase land for recreational purposes in the area where the fees are collected.  According to information provided to me, Mr. Levinson’s argument is that since he provides recreational amenities inside a private club, that the rec fees should be waived or reduced.
The rec fees collected in the Anderson Creek area have always went to make the payments on West Park which opened for visitors last month.   I am certain Anderson Creek Club members will use this public park.  I cannot understand why Mr. Levinson does not appear to think that Anderson Creek Partners, LLC should pay its fair share for public recreational facilities.
Based on my calculations, the elimination of the rec fee would save Anderson Creek Partners, LLC $1.25 million.[…]

Hmmm.  Lewis lobbies county officials to kill off these rec fees — a move that would save the developer of Anderson Creek over a million dollars.  According to the web site Follow The Money, the developer for Anderson Creek gave Lewis TWO CONTRIBUTIONS that year totaling $4000.
For what it’s worth, House lost a close primary race in 2014 — to an establishment ally of Lewis.

6 thoughts on “#ncga: David Lewis. (Working HARD for the money?)”