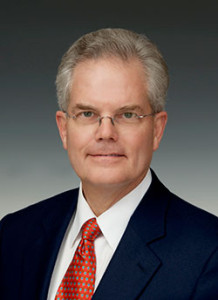 I’ve heard a lot of feedback on senator Andy Wells’s essay blasting state economic incentives.   People seem to feel relieved that there is that kind of conservative common sense floating around Jones Street.

But, then I had to stop and ask myself: “Self, is it possible that this guy is selling his folks back home a bill of goods, while doing something totally different back in Raleigh?”

Wells wrote in favor of reducing taxes to make the state more attractive to business.  Sounds great.  The problem?

On March 30, Wells voted YES on the second AND third reading of legislation that guaranteed an increase in the state gasoline tax rate — one of the highest in the country, by the way — over time.

Wells also condemned the use of state incentives to pick favorites in economic development.  Sounds Great.  The problem?

Between August 10 and September 22, Wells voted YES on EVERY AMENDMENT and ALL THREE READINGS of the North Carolina Competes Act — which was Gov. Pat McCrory’s state economic incentives package.

On April 29, Wells voted YES on ”local incentives for historic preservation” which firmly puts the government and taxpayer funds in the middle of real estate and business transactions.

(On March 17, he introduced ”Changes to Real Estate Broker Licensing Fees” in the Senate.  Wells is in the real estate business.)

On October 20, he co-sponsored “local incentives for historic rehabilitation.”

Wells is in his first term in the Senate.  In his last — and only–  term in the House, Civitas gave him a grade of C+ in its conservative effectiveness rankings.

Has he had a come-to-Jesus moment?  If so, we ought to welcome him to the limited government club.

2 thoughts on “#ncga: Breaking News! Folks on Jones Street SOMETIMES say one thing, then do another.”