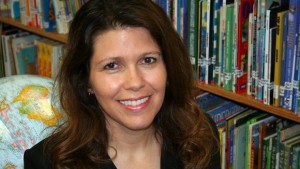 Folks in New Hanover County have Tammy Covil.  Out in the Asheville area, they’ve now got former county board of education member Lisa Baldwin.  Covil and Baldwin have each made names for themselves in their respective counties battling educrats AND Common Core.  Covil is an incumbent school board member seeking an open House seat.  Baldwin, forced out of office in 2014 by the liberal howler monkeys that seem to own Buncombe County, is seeking to replace retiring senator Tom Apodaca.  Judging from her press clippings, Baldwin has the same not-so-warm-and-fuzzy style as the retiring Apodaca.

Baldwin tangled with the board’s attorney during a farewell ceremony for a school system employee.  (She even filed a complaint against the attorney with the state bar.)  She has publicly taken the school system to task over transparency and access to public records. Baldwin has battled educrats on issues like parental rights.  She drew the ire of educrats and her fellow board members for her sympathetic attitude toward home-schooling and school choice.