Statists LOVE to tell us that spending MORE of other people’s money is vital to good governance.  Democrats live and die by that principle.

But the NCGOP — with a tenuous grip on the seats of power in Raleigh — appears to be jumping on the bandwagon.  Here’s NC House Speaker Tim Moore’s mouthpiece: 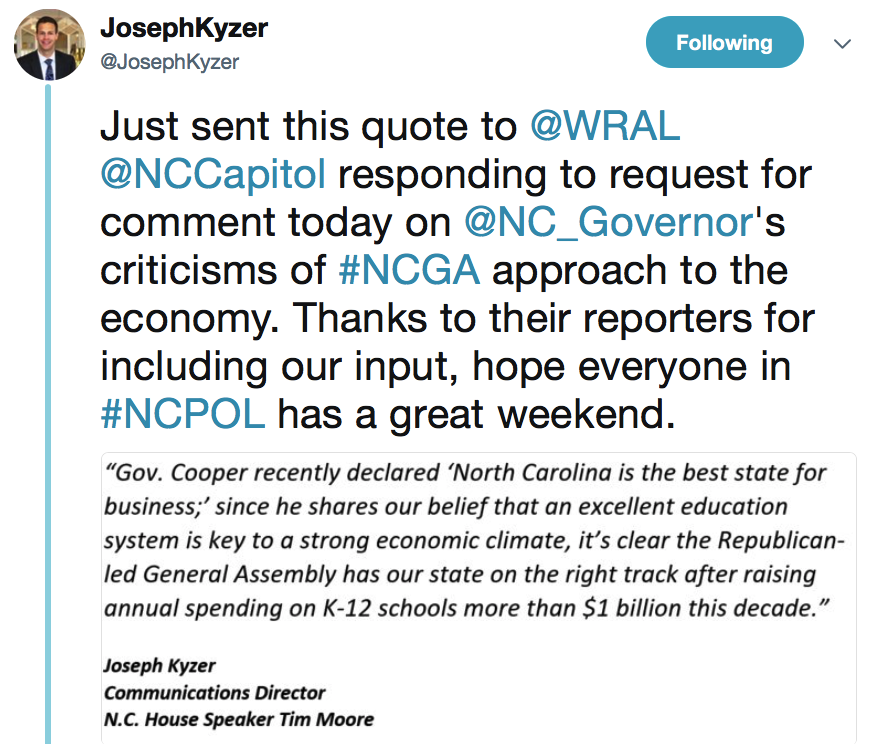 “It’s clear the Republican -led General Assembly has our state on the right track after raising annual spending on K-12 schools more than  $1 billion this decade.”

Yes.  That is our GOP leadership in Raleigh crowing about a $1 billion

increase in spending.  Public schools are just as good as any other government agency at wasting money.

So much money ends up getting trapped at the administrative levels within the state’s school systems.  As an example, here’s some reporting on what’s happened here in Moore County and in Rockingham County.

I had one critic of our local schools tell me: “Over in our central office, we have so many doctors making six figures, I sometimes think I’m in a hospital or medical clinic or something.”

We depend on the alleged conservative party to be watchdogs — to be good stewards of our money.  Now, it appears the NCGOPe is quite comfy with the statist mantra of “spend it if ya’ got it.” (And, in some cases, spend it if ya don’t.)

There are studies galore showing the biggest spending school systems are among the worst performing. The focus of the alleged “conservative revolution” should be quality, and not quantity.

7 thoughts on “#ncga: A NCGOP surrender on spending?”