Remember when Robert Pittenger earned national attention refusing — on video — to vote to repeal ObamaCare?  Well, he’s back in the national spotlight AGAIN:

When is a wall not a wall? When it is a euphemism.

Talking to an advanced placement civics class, Pittenger took 40 minutes of questions about the president, education, immigration and more. The Robesonian followed up on Tuesday with the Republican congressman and asked his thoughts about the issues brought up by the 10th-graders.

Many of the class members’ questions focused on President Trump’s most controversial policies, campaign promises and tweets.

Pittenger described the building of a wall on the southern border of the United States by the Trump administration as “a euphemism” rather than a plan to build a physical structure.

“The wall clearly expresses the intent, we must secure the southern border,” Pittenger said. “I think he was conveying that to the American people and letting them know in the simplest, clearest terms.”[…]

Karl Rove was just in Charlotte bragging about how HE and the RNC think Pittenger is a great conservative who needs to be reelected.  Mr. Rove must have a different definition of the word ‘conservative’ than I do.  Congressional voting scorecards — from Club For Growth to Heritage Action to Conservative Review — consistently have rated Pittenger as the most liberal North Carolina Republican in the U.S. House.  (In the session ending in 2016, Renee Ellmers actually performed to the right of Pittenger.)

The Ninth District race appears to have attracted the attention of the Steve Bannon / Breitbart national effort to purge the Congressional swamp of RINOs:

[…] Dr. Mark Harris, a pastor and conservative, will run against Rep. Pittenger in the 2018 mid-term election. Harris only lost to Pittenger in a special election by 134 votes. In an exclusive radio interview, Harris spoke with Breitbart News Saturday on SiriusXM Patriot Channel 125 with 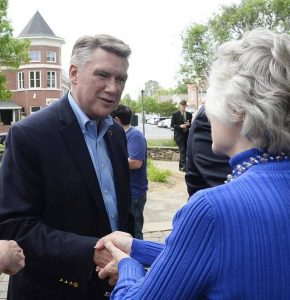 Matthew Boyle, Washington political editor for Breitbart News, about standing up against the Republican establishment, including Karl Rove-backed members.

Boyle asked, “Why would Pittenger want to associate himself with Rove,” as Trump told Breitbart News before he was elected that Rove was a “dishonorable guy.”

“I think it probably, as much as anything, demonstrates what we have really been trying to proclaim across this district and that is that they have just lost touch,” Harris said. “Robert Pittenger lost touch.”

“He sold out his district,” Harris told Breitbart News Daily Saturday. “He’s joined the club. He’s not standing on the truest conservative 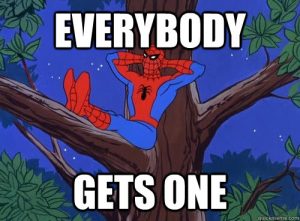 principles. He’s not been effective, and he’s not a leader in the U.S. House.” Harris said there are lines being drawn in Washington between true conservatives and the establishment wing of the GOP.

“It just really demonstrates, if you will, where the lines are being drawn,” Harris explained. “It clearly shows where everyone stands and Robert’s aligning himself with the Karl Roves and the Mitch McConnells and the other Washington elites who have created a swamp and who are all about doing whatever it takes to preserve the status quo.”

Harris described himself as a “firm supporter” of building a wall to secure the border.

“I think that we’ve got to give up the Washington speak that we’ve been hearing over and over again and, again, I’m going to be that leader that has a life record, who won’t back down, who won’t give in, who’s more concerned about doing what’s right for our nation than just getting reelected, and I have a track record of being that kind of leader right here in North Carolina,” Harris said–“standing for conservative Christian values, and I haven’t backed down yet, and I’m not going to back down in Washington, DC.”

8 thoughts on “#nc-09: While Pittenger hugs Rove, Harris hugs up to Breitbart, Bannon”