Lately, it seems that all of Walter Jones’s campaigns are raucous affairs. DC-based groups dumped millions into his primary race in 2014.  Well, it looks like his 2014 opponent is back for more in 2016 — and is being joined by another challenger.

Taylor Griffin has had a lot of success as a politico in DC.  He’s very well-connected in GOPe circles there.  Groups spearheaded by Weekly Standard editor Bill Kristol helped him raise all kinds of money last time around, and are likely to do so again this time.  It appears that Team Griffin is running with the same misleading spin that served them so well last time:

[…] “In the 20 years Walter Jones has been in Congress, his voting record too often strays from conservative principles. He votes with liberal California Democrat Nancy Pelosi more than any other North Carolina Republican. He refused to support the Republican nominee for President in each of the last three elections and just this year he voted against a defense funding bill critical for eastern North Carolina’s military. Walter Jones is a good man, he’s just not a good conservative.” […]

These days, voting with the Republican leadership is not always synonymous with voting conservatively.  We’ve got GOP leaders in DC pushing

for more spending and debt, refusing to fight ObamaCare, rolling over to play dead on amnesty, and granting Barry Obama all kinds of fun, new powers on trade that we can’t be told about. 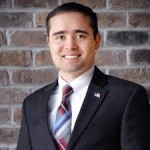 It sounds like that dead horse will be beaten some more — even though the facts in no way or shape support it.

Philip Law is also in the race.  Though, he is not going after Jones personally like Griffin is.