He describes himself as “the black Jesse Helms.” Many other Republicans have less flattering nicknames for him. But — like it or not — 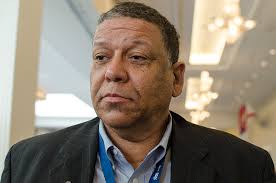 Vernon Robinson has become a force to be reckoned with in the NCGOP.

Political junkies may know Robinson — or know OF him — well. But — since Kay raised his name — we thought we’d offer a little bit of a primer on him.

[…] I have not endorsed any of these organizations and have neither any professional nor personal relationships and am not in communication with any of them,” Dr. Carson said in a statement obtained by The Washington Times. “I have not authorized any solicitation of funds in my name or likeness.”

Dr. Carson also disavowed any plans “as of today” for a political career, despite pleas from groups such as the National Draft Ben Carson for President Committee, whose leadership intends to keep pressing him to run for president.

The group recently blasted out an email inviting people to enter a contest to win an all-expenses-paid trip — worth an estimated $1,750 — to fly to Arizona to have dinner with Dr. Carson “along with a guest of your choice” at the Biltmore Hotel in Phoenix on Jan. 28.

“This is a rare once-in-a-lifetime opportunity to have dinner with a future President,” says the email, which includes the electronic signature of John Philip Sousa IV, who is named as the group’s national chairman. The email also directs readers to a website that includes an entry form for the contest as well as the chance to

The problem? Dr. Carson has no connection to the draft committee, which spent $25,000 for the nine seats at the head table at the Arizona event and is giving two of them away in the online contest.

No connection.  Read On:

Armstrong Williams, the columnist and Dr. Carson’s business associate, said that these sorts of groups also sell seats to deep-pocketed donors who want him to take a stab at the White House in 2016.

“They sell each seat for God knows how much,” Mr. Williams said. “Dr. Carson appreciates the fact that people do want him to run for president, but that is not in his makeup right now.

“Obviously, this is a huge business and people are very vulnerable,” Mr. Williams told The Washington Times. “They are supporting someone else’s agenda and lining their pockets.”

Vernon Robinson, national director of the draft Carson committee, told The Times that Dr. Carson has kept the door open to a presidential run and said his group will continue to try to convince him to run and help build a ground operation in key states because he is the one person who can save the country.

“We have not been shy,” Mr. Robinson said. “We don’t work for Dr. Carson. We work for the Constitution and the republic, and the reason the committee was created is because we think the country cannot survive eight years of Hillary Clinton.”

[…]Dr. Carson is not the first person to be targeted by such unauthorized fundraising drives. 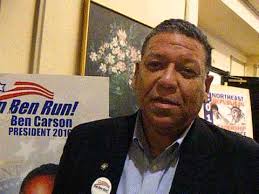 In the run-up to the 2012 election, Politico reported that a new cottage industry of fake super PACs were using high-profile figures, like former Florida Rep. Allen B. West, to raise money for themselves and expand their email lists.

Mother Jones — a liberal rag — also has some background on Robinson and his draft campaign.

[…]Robinson certainly has generated a lot of press with his outrageous ads, but what has gone unnoticed is who produced his ads

These advertisements were produced by Daly & Associates, Inc., a strategic communications/target marketing firm. If you are a candidate, corporate entity or non-profit with a need to get your message out, contact Kay Daly at kay.daly@gmail.com

Kay Daly just so happens to be the president of the Coalition for a Fair Judiciary, a one-person astroturf operation that focuses on the issue of judicial nominations (though it doesn’t appear to do much, considering that it hasn’t even issued so much as a press release since early January 2006). Nonetheless, Daly does have close ties to Manuel Miranda – the former Frist staffer who resigned amid allegations he had unethically obtained internal Democratic Senate Judiciary Committee documents – who now heads something called the Third Branch Conference, often adding her signature to Third Branch Conference letters, along with dozens of other right-wing figures.  According to The Hill, the history between Daly and Robinson goes back to at least 2004 when Robinson was running against Nathan Tabor in the Republican primary:[…]

Vernon Robinson, who is challenging Brad Miller for North Carolina’s 13th Congressional District, has generated headlines all over the nation for his outlandish advertisements. His ads employ a template: vintage television theme songs overlaid with stentorian imprecations against homosexuals, illegal immigrants and the incumbent, his opponent Brad Miller. 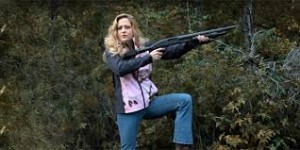 Robinson’s spending, much of which is devoted to more fundraising, has continued apace. Expenditure reports show that the Winston-Salem Republican, who has bragged about raising the bulk of his funds from individuals, paid political consultants from around the Washington area tens of thousands of dollars for campaign activities.

Robinson credited Kay Daly with masterminding his ad campaign. Daly received a total of $10,000 from the Robinson campaign between April and July. In exchange, she helped author radio salvos such as the recent “Beverly Hill-Miller” spot. Over the familiar banjo picking of the “Beverly Hillbillies” theme song, a voice intones these words:

“Come and hear me tell about a politician named Brad, he gave illegal aliens everything we had? Well, the next thing you know old Brad’s a congressman with all the sneaky aliens eating from his hands.”

The spot ends with these words: “Hey all you illegals, put your shoes on. Go home. Don’t come back now, y’hear?”

When not working on the Robinson campaign, Daly heads a nonprofit called the Coalition for a Fair Judiciary, which is described on the website as an umbrella for 75 grassroots organizations. The organization last posted a press release in January, and posted a link to a report dated in May of this year. The organization is devoted to supporting President Bush’s judicial nominees.

Daly’s consulting business, listed on the reports as Daly & Associates, keeps a lower profile than Daly herself, who also hosts a conservative radio show. The business was incorporated in North Carolina with a Charlotte address. 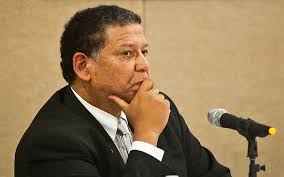 In 2004, Daly and Robinson teamed up in an ultimately unsuccessful bid for the 5th District Congressional seat. During the campaign, an e-mail ostensibly from someone supporting Nathan Tabor, one of Robinson’s challengers, contained allegations that Tabor had bribed a police officer.

The thinly disguised smear campaign came from “Pastor Randy” and urged Tabor supporters to offer their prayers, according to The Hill. The message read in part:

“If you have heard someone say that [Nathan’s] current legal troubles, that is NOT TRUE ? THERE WERE NO DRUGS INVOLVED IN THE CURRENT CRIMINAL TROUBLE, PERIOD.”

The Hill reported that the Tabor campaign traced the e-mail back to an IP address registered to Jack and Kay Daly, who denied charges of launching a smear campaign. Daly did not return phone calls for this article. […]

One thought on “#nc-02: The Vernon Robinson factor”