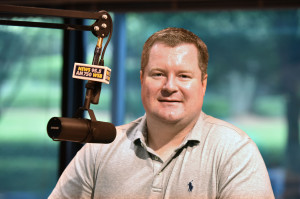 Now, Erick Erickson — founder of the RedState blog, a Georgia-based national radio host, and occasional fill-in for El Rushbo — has thrown his support behind retired businessman and former Chatham County GOP chairman Jim Duncan.  Erickson, who recently sold his interest in RedState, has launched a new site called “The Resurgent.”  One of his first posts was a pitch for Duncan:

It would not be a site run by me without a willingness to support good candidates within Republican Primaries. I am delighted to make the first endorsement at The Resurgent be of Jim Duncan for North Carolina’s Second Congressional District.

Jim Duncan is running against Renee Ellmers, who rode the tea party wave of 2010 to Washington only to turn her back on those who got her elected and suck up to Republican Leaders. Ellmers has a Heritage Action Score of 54% making her the lowest ranked Republican from North Carolina in the United States House of Representatives.

This race should be a hill to die on for conservatives. Conservatives across the nation should be willing to make an example of Renee Ellmers’ repeated betrayals and repeated broken promises.

Jim Duncan would not do that to conservatives. Jim is a self-made man who joined the National Guard. He knows small business because Jim has run one. He knows entrepreneurial issues because he is an entrepreneur. He knows how Washington impacts the daily lives of folks in North Carolina because Jim Duncan has his roots there and, unlike the incumbent, is in no hurry to climb a social ladder in Washington, D.C.

Y’all, we can win this race. Polling looks good for Jim. He has good name recognition. Voters in NC-2 are more and more aware of all the ways Renee Ellmers has stabbed them in the back.

Jim Duncan is everything Renee Ellmers is not — a person who puts principle before ambition and promises before party leader demands.

I’m proud to make Jim Duncan the first endorsement for The Resurgent. Donate to Jim Duncan today. Let’s get him to Congress.

Duncan has also been endorsed by The Club for Growth — arguably the nation’s leading pro-free market political action committees.