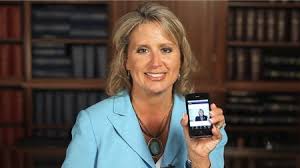 You’re probably getting hit with all kinds of mailers trumpeting congresswoman Renee Ellmers’s “conservative” record. Ads will likely soon hit the radio and TV airwaves amplifying those claims.  Question:  If Renee Ellmers is such a stellar conservative, then WHY is a Super PAC mostly funded by unions and aimed at wiping out the Tea Party so enthusiastic about her?

The Federal Elections Commission (FEC) shows that the Defending Main Street Super PAC provided $190,000 to the reelection efforts of Ellmers on February 1.   Here’s conservative icon Michelle Malkin on why this group is one conservatives need to be wary of:

Unions are funding Republican groups to help push through amnesty for illegal immigrants.

What do George Soros, labor unions, and money-grubbing former GOP representative Steven LaTourette all have in common? They’re control freaks. They’re power hounds. They’re united against tea-party conservatives. And they have all operated under the umbrella of D.C. groups masquerading as “Main Street” Republicans. LaTourette heads up the so-called Main Street Partnership, which claims to represent “thoughtful,” “pragmatic,” “commonsense,” and “centrist” Republican leadership.

The New York Times shed light on LaTourette’s tangled web of Republican-establishment outfits last week. But that story just scratched the surface. As the paper reported, the Main Street Partnership is a nonprofit group that charges members up to $25,000 per year to rub elbows with Washington’s rich and powerful. The Main Street Advocacy Fund and the Defending Main Street super PAC are political satellites planning to amass $8 million to bolster Republican liberals and moderates facing tea-pa

McDonald Hopkins Government Strategies is LaTourette’s lobbying firm. The Times notes that “corporations and lobbyists” fund the Main Street Partnership. But far-left donors provided seed money for these affiliated K Street fronts. Who’s behind the Defending Main Street super PAC? Big Labor. National Journal’s Scott Bland reported on the labor connection last month: “Two labor organizations, the International Union of Operating Engineers and the Laborers’ International Union of North America, directed a combined $400,000 to the Republican group in September and October. Main Street says it has raised roughly $2 million total between its super PAC and an affiliated nonprofit group so far — and that means labor has supplied at least 20 percent of those funds.”

Along with the anti-tea-party U.S. Chamber of Commerce, the “Main Street” fat cats and union leaders have banded together to help President Obama push through amnesty for illegal aliens. The payoff: cheap labor for big business, cheap votes for the Democratic party. Main Street Partnership’s chief operating and financial officer is Sarah Chamberlain Resnick. She also serves on the partnership’s board of directors and previously served as an officer of the soft-money-raising Main Street Individual Fund. The MSIF is yet another spinoff group that received $50,000 from progressive billionaire George Soros in 2002, soon after it was created. Soros also dangled a “seven-figure contribution” in front of the Main Street Partnership, but Resnick said the group declined that one. The MSIF accepted a separate $50,000 Soros donation during the 2004 election cycle. It was mysteriously returned in November 2005 after I called attention to it.

These various groups are legally independent entities on paper, but they have shared staff and legal resources. When I reported on the “Main Street” farce eight years ago, the partnership’s counsel sent me a threatening letter baselessly claiming I had made “libelous” statements about its network.

My sin? Exposing the radical environmental funders of “Main Street” Republicans who had sabotaged House conservative efforts to open up drilling in the Arctic National Wildlife Refuge. The “Main Street” Republicans back then gloated over their successful campaign to force squishy GOP leaders in D.C. to cave in to the Left. There’s nothing principled about their agenda. It’s not about “common sense.” It’s about the Benjamins. These statists in populist clothing are running a Washington incumbency-protection racket. Same as it ever was.

So, George Soros and the unions want TWO MORE YEARS of Renee?

Those of you who still believe this woman is the Tea Party crusader who got swept into office in 2010 need to WAKE UP. Renee Ellmers enjoys life in DC too much.  She’s decided that loading up on cash from special interests so she can con the rubes back home into extending her stay two more years is the way to go.  It’s worked so far.  Will it work ONE MORE TIME?