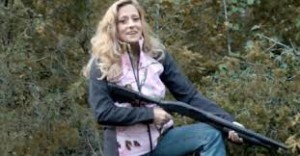 We posted earlier about the latest fundraising numbers in the Second Congressional District GOP primary.  Incumbent Renee Ellmers leads the pack, followed by Chatham County’s Jim Duncan. (Taking PAC and lobbyist contributions out of the equation, Duncan and Ellmers are pretty evenly matched.)

Well, RINO-hunter Kay Daly has submitted numbers to the FEC.  (She had not done so when we last reported on this subject.)  Through September 30, her campaign reports raising $31,226 — with $22,669 of that coming in the form of “candidate contributions.”

The Daly campaign reports spending $10,417 through September 30.  The FEC site hasn’t posted details for those figures yet.  But one could assume that includes the air time for that much-talked about TV ad.   Daly reports having $20,808 on hand — which still puts her cash-on-hand at about THREE TIMES that of Frank Roche.