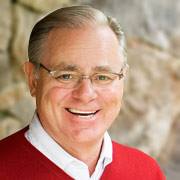 It appears that outgoing Chatham County GOP chairman Jim Duncan is hearing the calls for change in the Second Congressional District.  He’s formed something called a ”testing the waters committee” — quite similar to the exploratory committees that you hear about in presidential races. The committee’s web site can be found at http://www.jimfornc.com.

I talked with a source very close to Duncan who offered up some details on this development.  The committee allows money to be raised for an eventual Duncan congressional campaign, and provides a vehicle for him to communicate his views to district residents and gauge support for a potential primary campaign against incumbent Renee Ellmers.

Duncan’s name came up in 2014 as a potential primary challenger to Ellmers.  (He bowed out of that cycle due to some private family matters.)  This latest development puts him a lot closer to pulling the trigger on a campaign for Congress than he was prior to 2014.

Duncan has quite the Horatio Alger life-story.  Born and raised in low-income housing in New York City to parents recently transplanted from South Carolina, Duncan rose to the top of a successful technology company with an international clientele.  He retired from that position to Chatham County, North Carolina, where

he and his wife currently reside.

As Chatham County GOP chairman, Jim Duncan has been credited as a major force in revitalizing that organization’s fiscal and political fortunes.  In that position, he has regularly knocked heads with Pittsboro mayor and outgoing NC Democrat Party chairman Randy Voller.

Duncan — or any primary opponent, for that matter — should have plenty of ammunition to use against Ellmers.  She has angered GOP base voters by double-crossing them on issues ranging from spending to ObamaCare, amnesty for illegal aliens, and — most recently — late term abortion.

Any GOP primary election for the 2nd district would be held in May 2016.