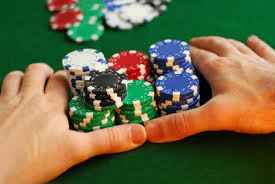 We’ve got record unemployment, a tanking economy, terrorism, an out-of-control lawless southern border, and ObamaCare gutting the vibrancy and spirit of America.  Renee Ellmers is running for reelection on the idea of “comprehensive immigration reform.”  That’s mealy-mouthed politico code for AMNESTY:

Facing criticism within her own party, U.S. Rep. Renee Ellmers on Wednesday doubled down on her push to give legal status to millions of immigrants living illegally in the country.

The Dunn Republican is making immigration overhaul a top priority even as it becomes a flashpoint in her re-election campaign and the prospect of a deal appears to fade on Capitol Hill.

“If I can do anything in Washington, I’d like to solve this problem,” the second-term lawmaker told a forum of immigration advocates in Cary.[…]

Hmmm.  She said the exact same thing about the national debt AND ObamaCare during her 2010 and 2012 campaigns.  She’s voted multiple times for upping the federal debt ceiling and for funding ObamaCare.  She even went out of her way to fight Ted Cruz and Mark Meadows in their effort to defund ObamaCare.

“Immigration reform” is nowhere near the top of the list of Americans’ concerns, but the RNC’s fat-cat donors and Renee’s “boss” John Boehner SAY it is the top priority.  So, it will be.

Ellmers has openly shown support for amnesty advocates and their efforts.  There was recent publicity about a gay illegal immigrant running for student body president at Carolina.  He was open about being GAY and being an illegal.  And where is ICE?

California tried winking-and-nodding on this whole immigration and citizenship thing.  Look at the fine mess it has become.  Imagine the whole country becoming what California has become.

Mexico is tougher on anglos in their country than we are on Latin Americans “visitors” to our country.  Our “leaders” can’t bring themselves to get as tough on non-citizens as Mexico does.

Conservatives in District 2 DO have another horse to place their bets on:  Frank Roche.    Roche has been endorsed by anti-amnesty groups, and has made the issue a centerpiece of his primary campaign against Ellmers.

Ellmers has let us down in dramatic fashion on two big issues we all really care about — ObamaCare and the debt — and is enthusiastically pushing something most all of us do not want.   How “representative” is that?