If you were wondering why incumbent Republican Renee Ellmers decided to debate Democrat challenger Clay Aiken, this news might give you a hint.  The Civitas survey was conducted Sept. 26-28 among 400 registered voters.  It had a margin of error of +-5 percent.

Ellmers’s favorable / unfavorable rating was at 25/28 while Aiken’s sat at 25/35.  Forty-seven percent of the registered voters said they were either neutral, or had no opinion, on the two-term congresswoman.  Forty percent of 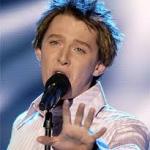 respondents said the same about Aiken.

The respondents, all registered voters in the Second District, split 44-44 on Thom Tillis and Kay Hagan in the US Senate race.  Seven percent said they would vote for Sean Haugh. (This district is overwhelmingly conservative.)

Ellmers and Aiken are scheduled to debate Monday night at the Pinehurst Resort.