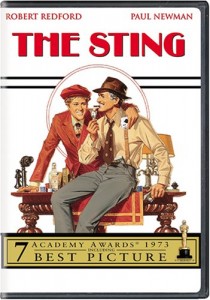 We’re being told it balances the budget over ten years.  We’re being told it doesn’t raise taxes. We’re told this will be accomplished by doing away with a good chunk of the sequester cuts — which were initiated because these yo-yos failed to do the most important job assigned to them by The Constitution.

I know for a fact that this deal increases “fees” on airline tickets, for instance. I can hear the weasel words from the politicos now:  “That’s a fee.  Not a tax!”

When the government assesses a larger amount of money against a business, and said business has to turn around and charge its customers to collect that money, you have a TAX.  An increased tax, at that.

Also, about that balancing-the-budget-in ten years claim:  half of the “budget cuts” don’t kick in until 2022.  John Boehner and the House leadership are collectively rolling their eyes at complaints from Tea Partiers and other conservatives about this “deal.”

The faction of House Republicans still respecting the Tea Partiers who propelled them to majority status is not happy with the deal:

At a monthly meeting sponsored by the Heritage Foundation, conservative congressmen vented their spleen about the Ryan-Murray budget deal. Though the distaste wasn’t universal — Representative Vicky Hartzler (R., Mo.) said she would support it — it was certainly intense. Representatives Jim Jordan (R., Ohio) and Raul Labrador (R., Idaho) bashed the deal for breaking the agreement made early this year in Williamsburg: that Republicans wouldn’t get rid of the sequester without long-term budget reform.

“I haven’t decided whether I’m going to be a really strong no or just a no,” Labrador told a group of reporters. “I think it’s a terrible plan.”

He added that while more than half of the House Republicans will probably support it, it won’t win plaudits from many members of the caucus’s conservative flank.

Mulvaney hits it on the head.  The ruling class cobbled this together as an incumbent protection package.  They can keep playing sugar-daddy and -mommy, kicking back tons of other people’s money to their constituents.  No chance of bad “government shutdown” PR until after the big 2014 vote.

This is akin to handing a gold card over to your deadbeat brother, who is already deeply in debt, to keep paying his expenses.  A good chunk of the sequester cuts are reversed.   This “deal” does nothing to address our $18 trillion debt.  It kicks the can down the road — doing further damage to the futures of our children and grandchildren.

This is a scam being perpetrated on us by both political parties within the nation’s ruling class.  Don’t let them urinate on your leg and tell you it’s raining.  This “deal” is all about saving their jobs and has very little to do with saving this country we love so much.