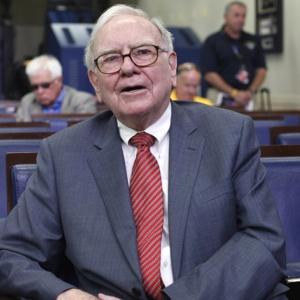 Superstar, super-rich investor Warren Buffett is all over the alleged Mainstream Media (MSM) for allowing his name to be attached to Barry-O’s latest scheme to jack up taxes in this nightmare of an economy.  Mr. Buffett believes that he, and other financially successful Americans, are not paying their “fair share” of taxes.  A recent NY Post op-ed sheds some light on just how TRUE that statement is:

This one’s truly, uh … rich: Billionaire Warren Buffett says folks like him should have to pay more taxes — but it turns out his firm, Berkshire Hathaway, hasn’t paid what it’s already owed for years.

That’s right: As Americans for Limited Government President Bill Wilson notes, the company openly admits that it owes back taxes since as long ago as 2002.

“We anticipate that we will resolve all adjustments proposed by the US Internal Revenue Service (“IRS”) for the 2002 through 2004 tax years … within the next 12 months,” the firm’s annual report says.

Obvious question: If Buffett really thinks he and his “mega-rich friends” should pay higher taxes, why doesn’t his firm fork over what it already owes under current rates?

Likely answer: He cares more about shilling for President Obama — who’s practically made socking “millionaires and billionaires” his re-election theme song — than about kicking in more himself.

Buffett’s free to back Obama, of course.

And if his firm wants to keep its tax bill low, well, that’s its right, too.

But it would be nice if this “pro-tax-hike” tycoon were a bit more honest about it.

Amen, to that.  The Post also takes Buffett to task for his claim in a recent op-ed that his secretary is paying a higher tax rate than he is:

Start, for example, with his grossly disingenuous recent claim that, as he wrote in The New York Times, he paid only 17 percent of his income last year to the government — even as many working stiffs who make far less than him coughed up higher percentages.

Fact is, unlike most other folks, Warren Buffett gets most of his income from dividends and capital gains, which are nominally taxed at 15 percent.

Left unsaid is that much of that is taxed at 35 percent (via the corporate income tax) before he even gets his hands on it. So in effect, he’s paying taxes twice (that is, when his companies actually pay, anyway).

Counting both taxes, his effective rate would really be well north of 40 percent for a big chunk of his income.

The piece also shoots holes in the claim that Obama’s proposal only hits “millionaires” and “billionaires”:

There’s more. Obama, and co-conspirators like Buffett, claim to want to slap only “millionaires and billionaires.”

But in 2009, for instance, fewer than a quarter-million taxpayers (less than two tenths of 1 percent) reported income over $1 million — and their combined bill was less than $200 billion.

Raise the top tax rate on them by 13 percent, as Obama wants (from 35 percent to 39.6 percent) and you bring in only another $26 billion, tops — and that’s if your tax hike doesn’t stifle the economy and kill jobs (which it surely would). Yet what’s $26 billion in a world of $4 trillion federal budgets with trillion-dollar-plus deficits?

No wonder Obama’s hikes on “millionaires and billionaires” actually start with folks earning as little as $200,000.

Looks like Buffett’s not the only disingenuous one here. But again, that’s clear from their individual behavior: Obama, Buffett and Democrats like Bill Clinton keep saying they want to pay more taxes.

Fine. They can always write checks.